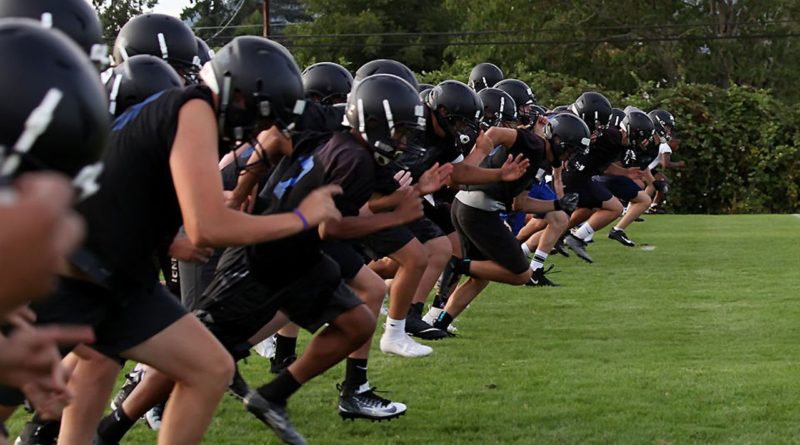 SBLive Oregon will break down every 6A, 5A and 4A team in the state leading up to the 2021 fall football season. Here’s our look at the Springfield Millers of the Class 5A Midwestern League.

A center and nose tackle, Sattler was dominant as a junior. This season, he will be the Millers’ heart and soul. Sattler has an offer to play at Lewis & Clark, and his coach believes there will be more offers pouring in by the time the season ends. “He’s an incredible student, an incredible person. … I think he’s going to be maybe the best center in the league,” Haley said. “I know I’m biased on that, but he would start at any school.”

Gutierrez began his Springfield career as an offensive lineman and was good enough to play on the varsity team as a freshman. He has transformed his body over the past couple years and is now very good at both middle linebacker and fullback. “He’s the vocal leader,” Haley said. “If Chase is the guy to show you how stuff should look every day, Ali is the one who will tell you about it. He’s got energy every single day — that’s something we need. He sparks everyone else.”

Dye is the rare player who not only started on varsity during his ninth-grade season, but excelled in doing so. He was second-team all-league at running back and honorable mention at safety. Haley describes him as a guy who plays angry, and he has plenty of talent to go with his mentality. “A year from now he’s going to be one of the more talked-about athletes,” Haley said. “He’s a heck of a player. If he was at Sheldon right now, you would be hearing all about him.”

It’s been a few years since the Millers have had a quarterback competition. This season, they have an intriguing four-man race on their hands. Colter is the returning starter but will be battling against a diverse group of signal-callers. Wargo transferred from New Jersey, and Haley praised his consistency. Lemley is a left-hander who has plenty of potential, Haley says, and is still growing into his body. Kasperek is the biggest and strongest of the four — the “prototypical quarterback,” as Haley describes him. “I’ve been transparent with those guys and told them that we’re hoping there is one guy who wins this thing,” Haley said. “But we could do a dual-quarterback thing, depending on how it plays out.”

With Zach Sorber having graduated, Springfield will need a go-to receiver this season. Fotta could be that guy. Haley said Fotta is one of the fastest players in the league and has the kind of big-play potential any quarterback would love to have at his disposal. “He’s a smooth operator,” Haley said. “It’s one of those things where everything looks easy. I think in the return game, he’s going to be a real game-breaker for us as well.”

Williams swung between JV and varsity as a freshman and will slot in at left tackle this season. Haley said Williams (6-5, 265 pounds) has tremendous upside and is “exactly what you want” in a left tackle. “He looks the part and I’m really excited for him,” Haley said.

It’s been a rocky couple of seasons for the Millers, but they are loaded with young, talented players and have a strong core of veteran players returning. The program is hungry to take a step forward, and the current blend of youth and experience could make this season a massive one for the rebuilding effort.

Haley said his sophomores did not lose a game during their middle school careers. Now, those players are ready to come into their own at the high school level.

“To have four guys who have varsity experience going into their sophomore seasons kind of speaks to how talented that group is,” Haley said. “I would anticipate between the 22 starters on offense and defense, up to nine of those are going to be sophomores. It’s a talented group that knows how to win.”

Obviously, the goal will be to win as many games as possible this season. But Haley is more concerned with the process than he is with results. He wants his players to execute and feel like they’ve played their best game every week.

“We want to put kids in a position to make plays,” Haley said. “If we do that, we’ll be competing with all the teams in this league. We have guys who can make plays and we have some big, talented, experienced guys up front who want to compete.”

“I love Springfield. We have tough kids, and these guys are just eager to get back to it and feel good after having their first offseason with me. We’re going brick by brick.” — Miles Haley