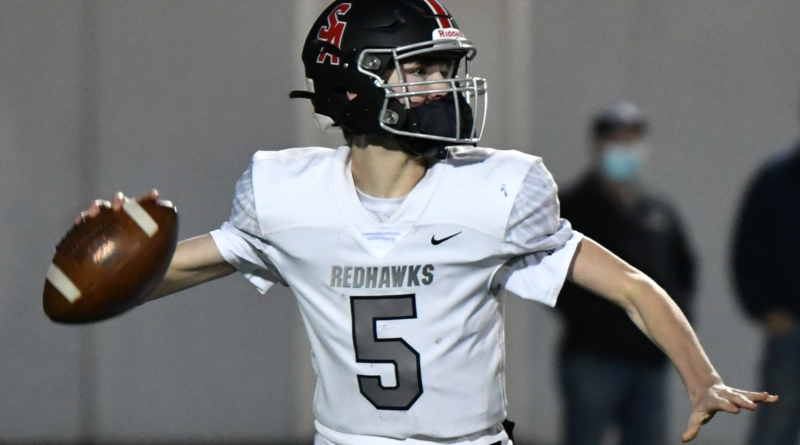 SBLive Oregon will break down every 6A, 5A and 4A team in the state leading up to the 2021 fall football season. Here’s our look at the South Albany RedHawks of the Class 5A Mid-Willamette Conference.

A varsity starter at running back since his freshman season, Seiber has the experience and ability to make the all-conference team. “Tyler is a natural athlete with great vision and explosiveness,” Louber said.

Jones is a vocal leader who excels on both sides of the ball. “He is a great route runner with great hands, a very competitive personality and good speed to go with it,” Louber said. “We are looking forward to getting some college scouts’ eyes on him.

Bass is a returning starter who has the skill set of a tight end but the size of an offensive tackle. “He is an incredibly hard worker with great speed and a big frame,” Louber said. “I feel like he has the capability to play at the next level.”

Son of Jeff Louber, Maxwell Louber is an experienced inside linebacker who is poised for a breakthrough junior season. “He has a tremendous understanding of the defense and how coverages work with fronts and stunts,” Coach Louber said.

Younger and Nicholson are in a camp battle for the starting quarterback job. Younger, the son of David Younger, is the incumbent while Nicholson is a promising sophomore. “They have been pushing each other, and both of them have what it takes to lead the team,” Louber said. “It’s a good problem to have.”

Jeff Louber and David Younger have been reunited at South Albany. Younger, the program’s head coach for seven seasons, resigned after the 2019 season and spent the past year as an assistant at Willamette University. Younger came back in July and is sharing head coaching duties with Louber, a longtime friend and colleague who led the program during the 2020-21 school year.

“Jeff runs the defense and is in charge of defensive quality control, and I will oversee the offense,” Younger said. “We have a great relationship. We don’t always see eye to eye, but when he and I meet, we always walk out of the room on the same page.”

The RedHawks won Mid-Willamette Conference titles in 2015 and 2017 but have struggled the past three seasons, including an 0-6 spring record. Louber believes the team, which graduated just seven seniors, is set up for a bounce-back season.

“There were so many unknowns last year,” Louber said. “Training was limited, our schedule was shortened, our team was low in numbers, we were installing a new offense. This year feels much more normal. We’ve been able to have kids in the weight room again, been able to participate in 7-on-7s, have live team meetings and enjoy each other’s company. I feel like we have really come together as a tight-knit group.”

“Our line has taken on the challenge of being the leaders of our program,” Louber said. “They understand their importance and have used it as motivation to try to outwork the skill position kids in the weight room, on the field and in the film room.”

The RedHawks might still be a year away from competing for a playoff spot, but the program appears to be trending up with Younger and Louber at the helm.

“After a few seasons with little success in the win/loss columns, we are going to take this season one game at a time. Our team goal is to put together a winning season and be in position to earn a playoff spot.” — Jeff Louber