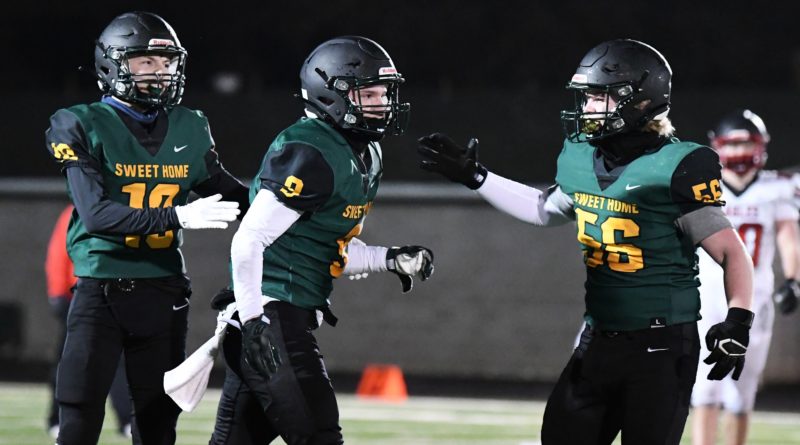 SBLive Oregon will break down every 6A, 5A and 4A team in the state leading up to the 2021 fall football season. Here’s our look at the Sweet Home Huskies of the Class 4A Oregon West Conference.

A lineman at heart but he will play some at linebacker, too. That’s the type of player Weld is, doing whatever he can to help the team.

“He’s got a passion and fire for football. He wants to win,” Adams said. “He’s going to be the Hoorah leader, getting people where they need to be and doing what it takes to win.”

“I’m stoked to watch Daniel this season,” Adams said. “He’s a next-level kid for us. Ain’t no doubt about it, this guy has to be our dude for us to find success.”

Not just a talent, but a leader, too.

“The nice thing about Daniel is he is a building block for what we want to do here,” Adams said. “He’s shown up to everything this summer. He helps any kid, any age.”

A phenomenal athlete who loves the game. Nichol played JV last season, and he did a great job of figuring out defenses. Adams said the hope is that Nichol can carry that skill set to the varsity level.

Nichol also is going to be a big-time leader, the coach said. Not just because he is the quarterback, but because he genuinely loves the game and his teammates.

“He is just a guy we trust,” Adams said. “We expect to rely heavily on him to do what we need to do in the run game.”

Crawford has been putting in the work in the weight room, too, being a leader off the field. He also happens to be one of the fastest players on the team. Not bad for a lineman.

Nichols got plenty of reps at different spots rotating from JV to varsity during the spring campaign. Now he’s ready to make his mark as a varsity football player.

“We expect him to go everywhere on the field and be our big-play guy,” Adams said. “He’s super athletic. He’s smart. He knows how to play football.”

Before the team’s outlook, we have to get to know the head coach — the 24-year-old head coach.

But he is not new to coaching, nor is he new to the Sweet Home program. He played there, and then, while he was in college, he heard his high school needed some help. He was hired as an assistant when he was 19, balancing work, school and coaching. He graduated from Western Oregon University in 2019 and got a full-time teaching job at, yep, Sweet Home High School.

“I knew coaching and teaching was what I wanted to do. I got involved early,” Adams said. “I’m loving it.”

He has so much support in the community, too. A lot of people have his back, he said. Still, he has heard whispers that there are some who have questioned why Sweet Home gave him the head coaching job at such a young age.

That’s OK, though. Just a little more fuel to the fire.

“I want to prove to people I can do this and I am the right man for the job,” he said.

As far as this first season, he knows that every coach wants a state title. But first, there has to be a belief system. So, yes, the Huskies will work toward that goal.

Adams also knows that every team in the league is chasing Cascade right now.

“That’s what our focus is on. That’s where we’ve got to get,” Adams said. “We’re all striving for Cascade right now.”

The pursuit goes on.

“Our goal is to compete for that league title and hopefully get a playoff berth and build a foundation for where we want to go,” Adams said. “I’m not going to say we’re a state championship team, but we’re definitely a playoff contender.”

The guys up front should be the strength of the team. Adams said he and the coaching staff have 10 players they trust to get the job done. That could mean a lot of rotating on the defensive line and, hopefully, fresh legs in the fourth quarter.

Sweet Home must work on that belief system. Winning is a mindset.

“We have to build confidence in ourselves,” Adams said.

“It’s going to mean everything. Small town, Friday night, in Sweet Home, it’s kind of a big deal. We love our football. These kids love football. I think it’s going to do nothing but good for our community. Let the kids play football and enjoy their high school experience.” — Ryan Adams