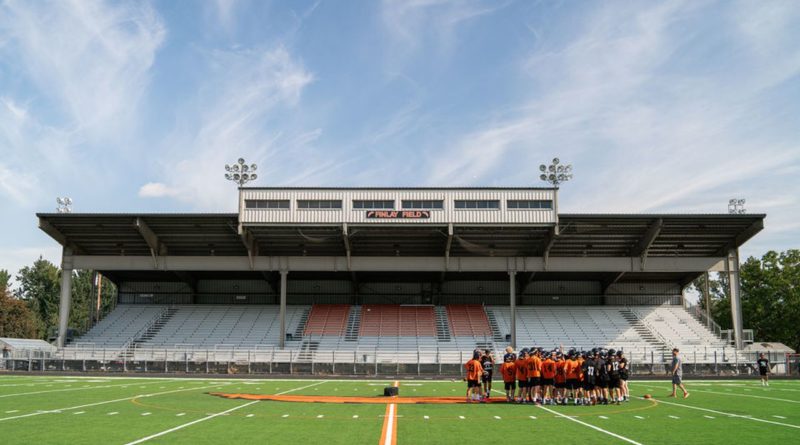 SBLive Oregon will break down every 6A, 5A and 4A team in the state leading up to the 2021 fall football season. Here’s our look at Roseburg of the Class 6A Southwest Conference.

One of the fastest players in the state, Dupper ran a 10.85 in the 100 meters during the 2021 track season. He also is a standout wide receiver and defensive back. “Landon is fast, strong and explosive,” Heuberger said.

In his first season of varsity football, Marsters was an impact player at multiple positions last spring. He is in the running to win the starting quarterback job. “Colton is really athletic and has huge growth potential,” Heuberger said.

Black was a first-team all-Southwest Conference defensive lineman as a sophomore. Heuberger said the 6-foot-3 Black is up to around 250 pounds. “Tiger is a massive motor guy for us,” Heuberger said.

Klopfenstein received all-SWC honorable mention as a junior and is one of Roseburg’s top all-around athletes. “Logan is a physical, smart football player,” Heuberger said.

A first-team all-conference punter last season, Gillespie also is a standout linebacker who plays flanker on offense. “Dawson is another tough, smart kid,” Heuberger said. “He anchors our defense, and we move him around a lot.”

Steinacher is another returning starter who had a terrific offseason, according to his coach. “Braydon is a great weight room guy and one of our team leaders,” Heuberger said.

Heuberger was dealt a difficult hand for the 2021 spring season. Roseburg had one senior on the roster, limiting depth across the board as the team tried to notch its first winning season since 2013.

Roseburg lost four of its five games last season, but the program is now in much better shape from a numbers perspective.

“This year we will have over 20 seniors,” Heuberger said. “We will be able to continue fielding three teams for freshman, junior varsity and varsity.”

Because Roseburg graduated only one senior, the roster is filled with returning starters. Dupper and Marsters are dynamic offensive players who can create matchup problems. Heuberger also expects the team to be much improved on the defensive side.

“Defensively, we should be pretty strong this year,” Heuberger said. “And on offense, we have some solid speed.”

To move up the conference standings and potentially chase a playoff berth, Roseburg will need to settle on a quarterback. Returnees Evan Corbin and Dom Tatone shared the position in the spring, but Heuberger said Marsters also could be in the mix.

“Colton has really put himself into the conversation at summer workouts,” Heuberger said. “That will play itself out when the pads get put on.”

“We just want to get in a normal season of football.” — Dave Heuberger