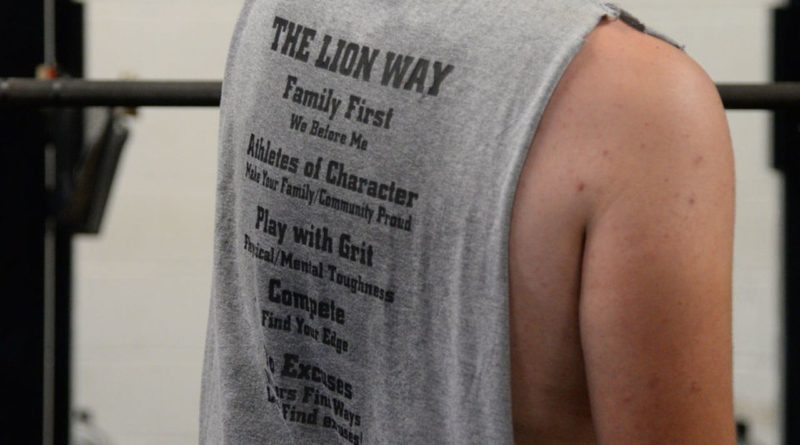 SBLive Oregon will break down every 6A, 5A and 4A team in the state leading up to the 2021 fall football season. Here’s our look at the St. Helens Lions of the Class 5A Northwest Oregon Conference West Division.

This will be Shuttlesworth’s third season starting on defense. “He has a great head for the game,” Young said. “He loves the defensive side of the ball. We’re looking at him taking on a leadership role” in terms of quarterbacking the defense before the snap.

Young called Shafer probably the team’s most experienced receiver. “He really came on last year, especially on the defensive side of the ball,” Young said. “He got a lot better at being more of a ballhawk in the secondary, which was great to see.”

As a junior, Jennings was listed at 265 pounds and contributed significantly on both sides of the ball. He is, Young said, one of the team’s bigger, stronger players and brings skills developed from wrestling. “We love to have wrestlers on our football team,” Young said.

Tolles emerged as the starting quarterback in the spring season. “Now, as a junior, he’s bigger, stronger,” Young said. “He has a great head for a quarterback. He never gets too high or too low. He just stays at an even keel.” In Tolles’ second varsity season, Young expects him to be able to process things more quickly as the game seems to slow down. His mechanics and accuracy have improved, Young said, and he is very cerebral.

Young grouped these three underclassmen as players to watch, based in part on what they did last season. “A lot of times our freshmen were scrimmaging our seniors,” Young said, “and those guys kind of rallied to the challenges. They’ve done a great job in the weight room, too.” He said their physical attributes and hunger to improve augur well for the future. “When you see linemen with big bodies who can run and can move, understand where they’re supposed to be and have a real strong drive to get better,” he said, “it really excites you as a coach.”

A roster with five seniors last season made for a young St. Helens team, and the Lions don’t look all that much more seasoned this season. That leaves plenty of opportunity for younger players to seize their chance while they still have plenty of runway remaining in their high school careers.

“We are so young, every single position on the offense and defense, we are as coaches looking at who are going to be our guys in the spots right now,” Young said in mid-August. “That’s from sophomore to senior across the program for varsity starting positions. Lot of spots to be earned by the athletes that want to jump in there and get after it.”

Having a quarterback with varsity experience will be an asset to the Lions’ fortunes this season. Young said he has seen considerable growth and improvement over the years from Tolles. The coach also said the offensive line is expected to be a position group of strength (as should be the defensive line), so Tolles should have time and space to orchestrate the offense.

Young said there’s anticipation about what looks much more like a normal season than the one in the spring. The off-field camaraderie among players and the program’s parental support — such as team dinners — weren’t part of the spring season, depriving the program of its family feeling. Young said the void was palpable.

“We have a lot of (parental) involvement, and not having that last year, the kids missed it,” he said.

St. Helens’ one victory last season came against winless Forest Grove, which registered its season high in points against the Lions. Getting another one or two wins this season would appear to be a reasonable outcome-based expectation, but Young will use a different gauge to measure success.

“Constantly getting better is our big push. Because the most success we’ve had as a program have been those years when we’ve been constantly better in practice every single week and we’ve found a way to get better every single week.”

And, he noted, Friday nights offer the chance to get better as well.

“We’re young,” he said. “That growth is huge at that age. We’re going to have a lot of sophomores and a lot of juniors playing, probably, at the varsity level as we go through. Those individuals who want to take that, especially our sophomores, to step up and play varsity football, there’s a chance to get better in games.”

“Our kids are excited about trying to get back doing stuff as a group again. They love football, but they also love being around each other.” — Cory Young