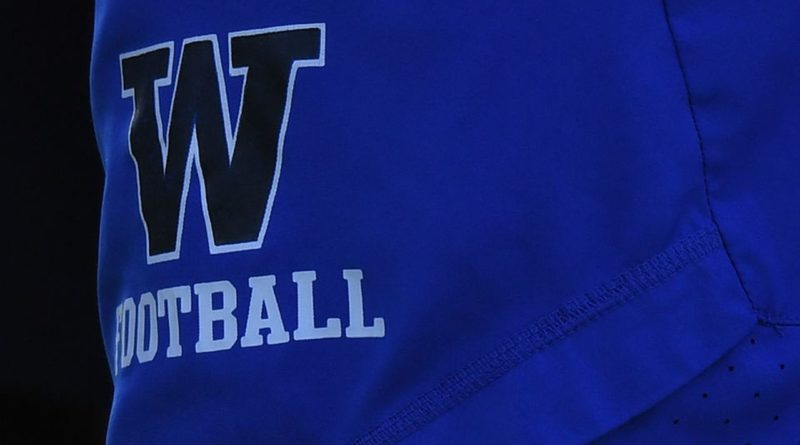 SBLive Oregon will break down every 6A, 5A and 4A team in the state leading up to the 2021 fall football season. Here’s our look at the Woodburn Bulldogs of the Class 4A Oregon West Conference.

Veliz received all-conference recognition as a receiver. Mace lists Veliz as a running back this season.

“We’ve got to find a way to get him the ball as much as we can,” Mace said. “He runs. He catches. Just a good all-around athlete.”

Years ago, coaches asked him how much he wanted to play on Friday nights. He was a running back then. He got the hint. This is Roque Manzo’s third year on the offensive line.

“Just has tenacity off the ball,” Mace said. “He’s physical. Violent with his hands. Good leverage. Feet are quick.”

Roque Manzo is solid at linebacker, too.

Then there are the extra things, Mace said. Veliz and Roque Manzo are great leaders. They both are three-sport athletes who show up every day in the weight room.

Another player who has made a change for the good of the team. Morales was a tight end and linebacker as a junior. He expects to be the center this season and play on the defensive line.

“That’s kind of a big deal,” Mace said. “He volunteered to do that. That’s a pretty good attitude to have.”

“We need to get this guy playing on Friday nights,” Mace said. “He’s had a great summer.”

Felix started on varsity as a sophomore. He has a little fight in him, in a good, football-kind-of-way, Mace said.

“Not the biggest individual, but he fits our culture with relentless effort,” the coach added. “Just a good young man.”

Beyer loves to mix it up and is not afraid of contact. He is another player of today, and tomorrow.

“We feel like we are sitting pretty darn good with our mix of seniors, juniors and sophomores,” Mace said. “It’s a really nice balance for us.”

Robles has progressed his way to the No. 1 spot on the QB depth chart. He’s 6-foot-2 and has hit the weight room hard. Already a speedster, the big adjustment for him will be playing varsity.

“Those receivers aren’t as open as they would be at the JV level,” Mace said. “Being able to read a coverage pre-snap and adjust after the snap” is a necessity.

Mace added that Robles and the rest of the quarterbacks are doing a great job learning the position.

“We have a lot of learning to do,” Mace said. “I don’t want to sell our team short, but I don’t want to say we’re going for a state title. We’re not there yet. We have some catching up to do.”

But the Bulldogs will compete, will improve. That’s the goal.

“That’s the only expectation we have of ourselves: Are we playing better football every day we’re out here?” Mace said.

It is not a knock to say Woodburn is not Cascade, the front-runner in the Oregon West Conference. Cascade has the whole package.

Mace said he likes his backfield, combined with the leadership he has on the offensive line.

As for areas to improve, Mace wants more attention to detail in what makes for a successful program. Make sure players are on the same page and executing their jobs to the best of their ability.

Already, he is noticing great signs. Woodburn finished the spring season with 38 players, and nine were seniors. The team had 40 players go to camp this summer.

Technically, this is Mace’s second year as head coach. But with all that happened, he prefers a different description:

“I commend everyone who made it possible for us to play (in the spring). We rallied, and we did it for the kids. That was important. But I can’t wait for the energy and the atmosphere that is going to come with a home game on Friday nights in a packed house.” — Ken Mace