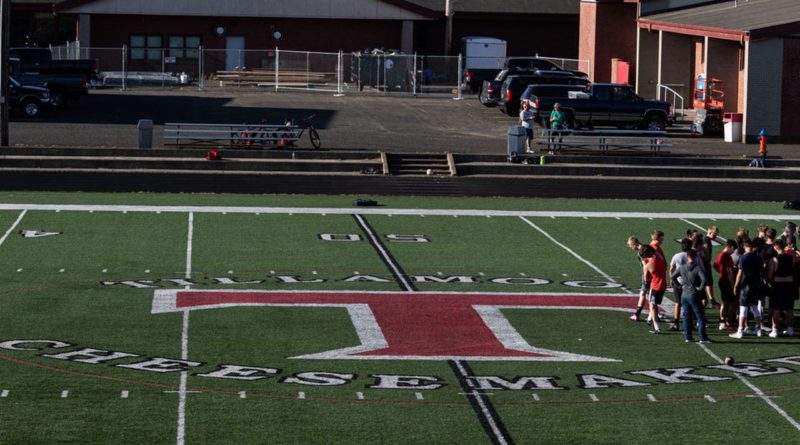 SBLive Oregon will break down every 6A, 5A and 4A team in the state leading up to the 2021 fall football season. Here’s our look at the Tillamook Cheesemakers of the Class 4A Cowapa League.

Landolt is a three-year starter at center. A “great-attitude, team-leader type of guy,” Johnson said.

“A solid all-around football player,” Johnson added. “Hasn’t played a lot of defense for us, but he will probably find a way on the defensive line this year. He’s very physically talented.”

Purely one of the best football players in the league, his coach insists.

Johnson will be a four-year starter on offense. He received all-state honors on offense and defense in the spring. Yeah, he is dominant on defense, as well.

One of the top rushing quarterbacks in the state in the spring, Buchler is “blazing fast,” Coach Johnson said, and very difficult for defenses to stop.

If the coaching staff gets what it wants, Buchler will be even more difficult for opponents this season.

“What we’re hoping for Trent this year is to take that next step in our passing game,” Johnson explained. “We want to watch him become more of a multi-threat guy. He has a talented arm, but we did not throw it as well as we wanted to last year.”

Gotta love the defensive line, wide receiver combo. Allen is 6-4, 200 pounds, and was all-league as a defensive end.

The coach said Allen is “sneaky” and “crafty” from the defensive end spot, slipping through blocks and making plays in the backfield. On offense, he’s a strong blocker for a receiver, and he catches the ball well and gives his quarterback a great target.

Hoskins got some playing time as a freshman and had an interception. He boasts incredible speed and explosiveness, so he’s able to cover a lot of ground on defense.

On offense, he’ll get some time at quarterback. No, not as the starter, but he’s definitely the future at the position.

When he’s not playing quarterback, look for him at wide receiver or in the slot.

“He is too explosive to sit on the sideline,” Johnson said.

New to football as a freshman and a varsity starter as a sophomore as a strong safety/outside linebacker.

“All of a sudden he has become this very-into-sports, multi-sport, do-everything type of kid,” Johnson said. “He works out constantly, improving at everything he does. Such a pleasure to be around. You can see all of his hard work paying off dividends. He’s blowing everybody away at what he’s capable of doing.”

“Gilbert is another one of those nose-to-the-ground, do-everything-that’s-asked-of-you, play-football-the-right-way guys. He’s a good teammate,” Johnson said.

Whitlatch started in the spring, and Johnson said he could see the sophomore growing each week, improving every game.

“Gilbert plays with a great motor. Not afraid of contact at all,” Johnson said. “A perfect linebacker, and downhill running back guy we like to have.”

It seems like forever ago when we had a full, real football season. But it was just in 2019.

Back then, Tillamook had a breakthrough season, reaching the state quarterfinals.

After the long break, the Cheesemakers took a step back in the 2021 spring campaign. Now, it’s time for a bounce-back, Johnson said.

“Our expectations are that we will be in the postseason for sure,” Johnson said. “We’re not aiming for anything less than that. We didn’t meet our expectations in the spring. But we’re bringing back a ton of guys, a group of guys we think are very talented. We want to make 2019 the standard for ourselves.”

Tillamook should get an idea where it stands with a nonleague schedule that includes power programs Cascade and Marist Catholic.

The biggest strength for the Cheesemakers appears to be their offensive line. Four players up front will have at least two years of starting experience. Good size to go with experience should pave the way for some big nights on offense.

That line, and the protection it provides, will go a long way toward accomplishing Tillamook’s goal of improving the passing game. Johnson said the system has been revamped — not by a lot, but revamped a bit — and it’s already making a difference. During offseason workouts, the quarterbacks were more comfortable, Johnson said.

“Kids, the community and the school need high school football to be there Friday nights. We’re just excited to hopefully get back to normal and make people feel that life is all good again. There is something about your local football. Doc Adams Field on Friday nights is a pretty awesome place to be.” — Kye Johnson