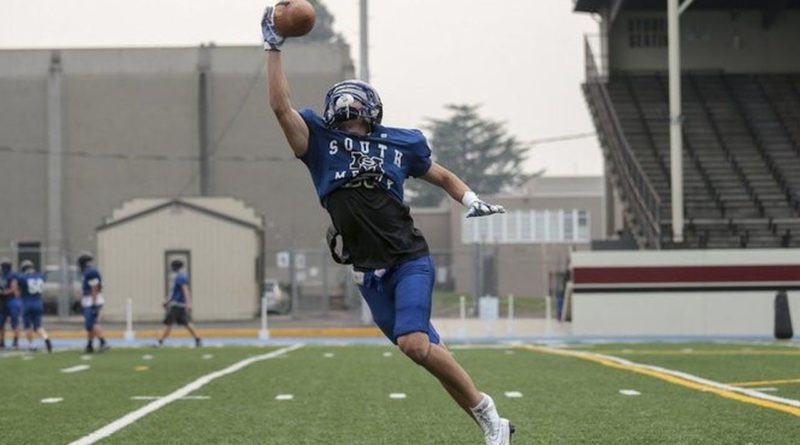 SBLive Oregon will break down every 6A, 5A and 4A team in the state leading up to the 2021 fall football season. Here’s our look at the South Medford Panthers of the Class 6A Southwest Conference.

A tireless worker and team leader, Joe made first-team all-Southwest Conference at running back a season ago. Singler said Joe also will be starting at linebacker this fall. “First of all, he’s such a great kid,” Singler said. “He loves to be on the field, and he’s going to have a much bigger impact on defense for us this year. … He just brings us versatility. With what we like to do on offense, it’s great having a back that can go inside, outside, blocks and can catch the ball out of the backfield.”

A second-team all-conference pick on offense as a junior, Guches added some weight during the offseason. Guches will be a change-of-pace back and play safety. “He’s a really dynamic back for us,” Singler said. “We can put him in the backfield, at slotback or at receiver. He’s one of my go-to guys. I absolutely love the kid.”

Walker began the spring season on junior varsity and forced his way into the varsity lineup. He is an explosive receiver who has good size (6-foot-1, 170 pounds) and speed (personal-record 11.08 seconds in the 100 meters). “We’ve had a lot of good receivers here, and he can be as good as any. He’s got that kind of talent,” Singler said. “We brought him up the third game of the year, and we wouldn’t have won against Grants Pass and North (Medford) without his big plays.”

Edgar started as a sophomore and received all-SWC honorable mention. Singler said Edgar showed tremendous growth over South Medford’s five spring games. “We’re just looking for Deacon to be more consistent,” Singler said. “But he’s a good all-around athlete and he does things well that we like to do. I think you’ll see even more on his plate this year … and we will continue to utilize his legs, because he can really run.”

Johnson split his time between JV and varsity last season and excelled in the 110-meter hurdles with a personal-best time of 15.78. “We’re expecting really good things out of him this year,” Singler said. “He has good size and speed and is another really good receiving threat for us.”

Phillips, a JV star last season, will get time at receiver as a junior. “He is another fast, athletic kid in our good group of receivers,” Singler said. “We will also probably see him in the mix at quarterback as a dual-threat guy. We’ve got some different things we can do with him.”

Samis transferred from Class 4A Phoenix before last season and started at flanker. He also punted and was a key defensive back for the Panthers. “He’s really quick and is good with the football,” Singler said. “He’s another kid we can move around and put in the backfield.”

There are distinct positives and negatives for South Medford entering the 2021 fall season.

On one hand, the Panthers return a slew of talented backs and receivers that will shine on both sides of the ball. But somebody needs to block and man the defensive line, and Singler isn’t sure who those players will be.

“Nine of the seniors we graduated were linemen; that’s a big hit at a high school to lose that many linemen in one shot,” Singler said.

“I will say our freshman class last year had a big line group, so we will have some sophomores getting thrown into the fire. We’ll have to find ways to do the best we can up front and give our skill kids a chance, because we do have a good skill group coming back.”

Joe and Guches will be a two-headed monster in the backfield, and Edgar showed great promise as a sophomore quarterback. The large group of wide receivers is filled with size and speed.

“You’re going to see us be more creative than we have in the past, use more smoke and mirrors,” Singler said. “We’ve got a lot of options in the backfield to use some deception.”

South Medford had 22 seniors last spring, a strong group that put in the work during an unusually long COVID-caused offseason. The large senior class allowed many players to focus on one side of the ball, giving the Panthers a stamina advantage at the end of games.

“And that’s another concern for us: We will have more two-way starters this year (after) losing that big senior class,” Singler said. “We will have to be creative and find ways to get kids out of the games at times.”

If the Panthers can find some capable linemen and generate a bit more depth, the team should be right back in the postseason mix by season’s end.

If not, it could be more of a rebuilding year for South Medford.

“We will be competitive, but we’re going to have to find ourselves,” Singler said. “So, we’ve got a lot of work to do with bringing some young kids along.”

“You have to protect to throw the ball; you can’t just throw quick passes all game. We’ve always been able to run the ball well enough through the years to allow our play-action game to work. If we can run the ball somewhat effectively this year, just keep people honest, we can come off play-action and get the ball down the field to our talented receivers.” — Bill Singler