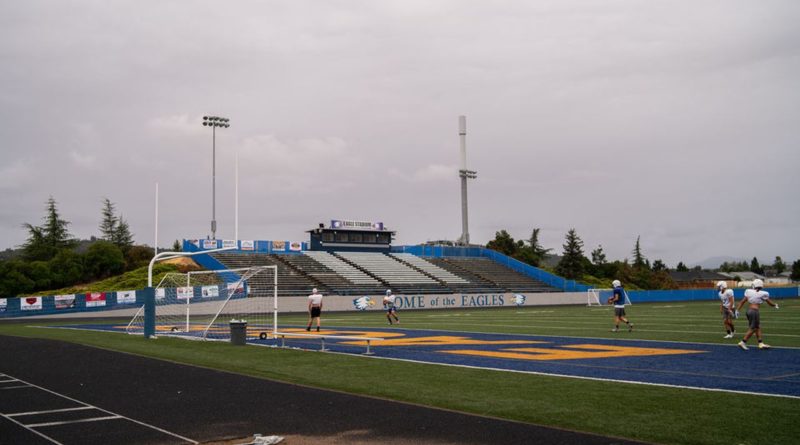 SBLive Oregon will break down every 6A, 5A and 4A team in the state leading up to the 2021 fall football season. Here’s our look at the Eagle Point Eagles of the Class 5A Midwestern League.

A three-year starter, Hill is the leader of the defense and has been tremendous at inside linebacker throughout his career. “He does a great job anticipating where the ball is,” Johnson said. “He’s a vocal leader and brings the energy to that defense. He does a very good job.”

The Eagles have a three-man quarterback battle unfolding. Livingston was limited in what he could do during the summer because of a mild injury, which left Foulon and Lacey to split the reps over the past few months. Johnson believes any of the three players could do a quality job should he win the starting spot. “I’m curious to get these guys in pads and see who separates themselves,” Johnson said. “They all do a good job of moving the chains.”

Whoever wins the starting quarterback job will have a couple of athletic pass-catchers at his disposal. Both are a bit taller than 6-foot, and both have great hands. “Josh runs good routes and is very critical of himself on that,” Johnson said. “He does a good job and can stretch the field. Wyatt is the type of athletic guy where you can get him the ball anywhere you want on the field and he will change the game. We’ll put him at multiple positions at the receiver spot.”

Brown is an experienced ball carrier who had a strong season as a sophomore. He will be Eagle Point’s all-purpose back this season and should continue to grow and improve over his final two seasons with the Eagles.

Johnson describes Self as a high-motor player whom other players look to for leadership. “He leads by example more than anything,” Johnson said. “He just understands the game, and you can always count on him. He’s a very coachable young man.”

For the first time in a few years, Eagle Point is bringing back a relatively experienced, veteran team. Johnson wants to see that group act with urgency this season and take hold of the moment.

“They don’t need to sit back and wait anymore. This is their time, and the sky’s the limit,” Johnson said. “It’s on their shoulders. We need to find that leader who is going to motivate and get the team going.”

Eagle Point returns eight starters on offense and seven on defense. In a league filled with young teams that have questions to answer, the Eagles will be one of the most experienced teams in the Midwestern.

That’s a stark contrast to Johnson’s first season with the program, when he had just a handful of seniors who had played competitive football. Last season, Eagle Point brought up a large group of players from the JV team and got them some valuable experience.

This season, Johnson hopes all those growing pains will bear fruit.

“Those guys have grown up,” Johnson said. “We’ll have a handful of seniors with that experience and a lot of juniors who are ready to be competitive right now.”

“The biggest thing is the last few years, we haven’t had the upperclassmen and experience we need. We have that now.” — Erik Johnson