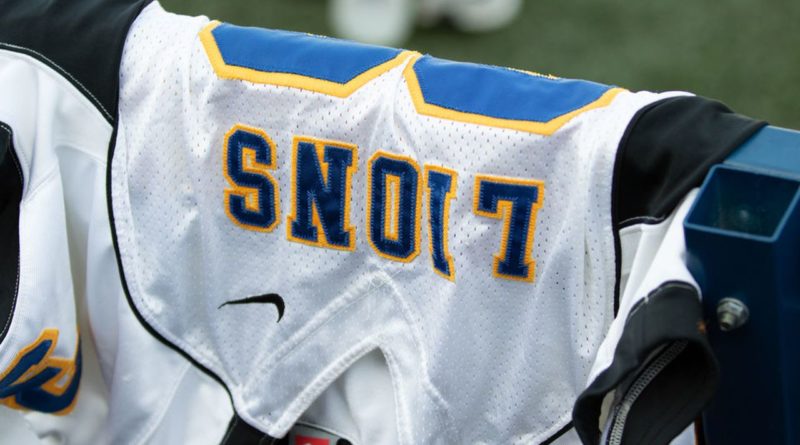 SBLive Oregon will break down every 6A, 5A and 4A team in the state leading up to the 2021 fall football season. Here’s our look at the Cottage Grove Lions of the Class 4A Sky Em League.

When Polamalu arrived at Cottage Grove, Freeman was one of the players he said immediately caught his eye. “He’s the anchor,” Polamalu said. “Just a hard worker and a strong, big kid. It’s very few words; he just goes to work.” Freeman will provide a boost in the trenches for the Lions on both sides of the ball.

Cottage Grove will continue to operate out of a spread offense this season, as it has in the past. Nelson will be a key part of the attack. He’s dealt with some injuries, but he could be a major asset at running back during his junior season. “We’ve just got to get him healthy,” Polamalu said. “He’s going to have an impact and really help us be competitive.”

Crump ran the offense during the Lions’ abbreviated spring season and gained valuable experience. Now, he will have plenty of time to settle in and grow into the position. Polamalu is excited about the prospect of having Crump for two more seasons, and the coach believes Crump can bring plenty of excitement to the spread offense. “He just needed some time,” Polamalu said. “Those three games that we had gave him that time. He’s very athletic and is going to do a lot of good things running and throwing for us.”

Polamalu sounded particularly excited when talking about Petersen, who flashed plenty of potential as a sophomore. Polamalu believes his work ethic will help him become a major playmaker. “He’s a great young man,” Polamalu said. “He works like none other. He’s just got a good attitude and is a great teammate. I’m excited to see him develop this year and am really happy we have two more years with him.”

Scott is another experienced, athletic returner who will greatly help the Lions up front. He fits exactly what Polamalu looks for in a player: a desire to work hard and get the most out of each practice. “I like his attitude,” Polamalu said. “He just enjoys playing football and being competitive.”

After winning a 4A state title and rattling off an undefeated season just four years ago, Cottage Grove is a program in the midst of an overhaul.

Polamalu inherited a team that went 0-8 in 2019, and the pandemic greatly limited his staff’s ability to put their stamp on the program. The Lions lost their varsity opener in blowout fashion last spring and participation numbers were down significantly.

So, Polamalu opted for his team to play a JV-only schedule the rest of the season. It was a necessary move, one that could spark the rebuild the Lions desperately need.

They had no seniors listed on their JV roster last spring, and they will have the benefit of bringing back that entire team.

“We’ve got to build from the bottom up,” Polamalu said. “We’re pushing hard with this incoming freshman class. These guys are working hard and we’re going to always be competitive. It’s going to take some time.”

Polamalu was extremely complimentary of the effort his players have put in. He believes this group has the talent and work ethic necessary to help place the program on an upward trajectory.

“We want to get kids excited about playing football at Cottage Grove High School and create an environment that they’re excited to be a part of,” Polamalu said. “Obviously, we want to win as many as we can with this group. But right now, we really need to get that excitement and energy going again.”