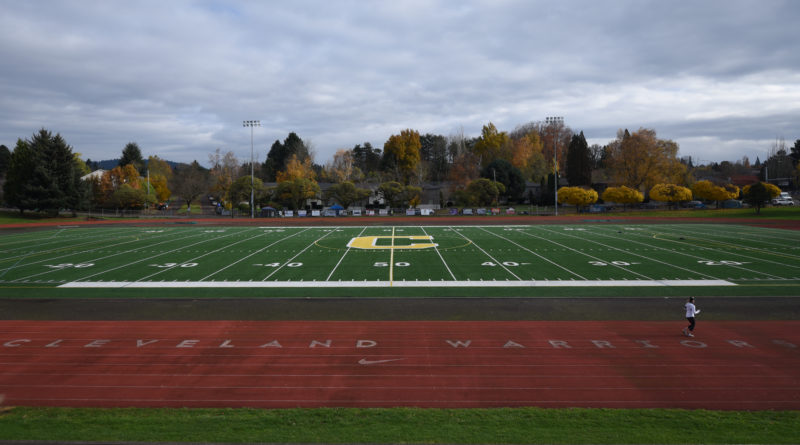 SBLive Oregon will break down every 6A, 5A and 4A team in the state leading up to the 2021 fall football season. Here’s our look at the Cleveland Warriors of the Class 6A Portland Interscholastic League.

Oh is a multisport athlete who got some time at varsity quarterback last season. “He’s a great human being,” Smith said. “He has worked really hard.” Oh was among the most consistent Cleveland players in showing up to offseason workouts and activities.

Suhr’s commitment to the program became evident when he changed his work schedule to allow himself to attend morning weight-room workouts. He was by far the team’s leading receiver last season with 20 receptions in five games (getting at least four in four of those games). Suhr is another multisport athlete and, Smith said, “another great person.”

Twin brother of Daniel Suhr, Conor Suhr has mastered the shotgun snap that triggers the Warriors’ offense. “I don’t know if he’s had a bad snap all summer,” Smith said. Suhr has good blocking technique and has leveraged his experience for the benefit of teammates. “He helps our younger kids lifting weights,” Smith said. “He tells them where to go in blocking.” Suhr will get time on defense, but it will be limited, Smith said, because the senior is too valuable as a center to lose.

Listed at 5-feet-9 and 125 pounds in the spring, Waiwaiole was playing nose guard. This season, he’ll move to linebacker, where Smith expects him to be more effective. “He’s one of the kids that is so smart, he’s in the right place and he does the right thing,” Smith said. Waiwaiole is another player who showed his commitment with consistent attendance at offseason gatherings.

Smith said the Marquez brothers have a high ceiling. “Those kids work really hard and they are tough,” Smith said. “I think they’re going to help us this year.”

Although Cleveland went through another coaching change in the offseason — its third in the past four seasons — this transition in fact was more orderly than it might have appeared. Bill Smith, who coached the Warriors last season, contacted Trevor Smith (no relation) before the spring season was over and raised the subject of him taking over as coach.

Trevor Smith was able to watch a Cleveland game during an idle week for Valley Catholic of Beaverton, where he was on the coaching staff. What he saw from the players, even in a 54-0 loss, persuaded him to pursue the Cleveland job.

Trevor Smith’s hire wasn’t complete until Aug. 17, the Tuesday of conditioning week. For part of the time before that, he and Bill Smith had a partnership to oversee the program during the offseason.

“The other option was to do nothing,” Trevor Smith said. “I felt if we did that, we wouldn’t even have a program.”

Another part of the case that sold Trevor Smith was the retention of Bill Smith’s assistants from the spring season — a lot of whom were colleagues of both Smiths at Century of Hillsboro.

“They all said they would stay if I became the head coach,” Smith said. “It doesn’t matter how good of a head coach you are if you don’t have a staff. That was a very appealing thing.”

Trevor Smith said the support of the school principal and athletic director and the PIL athletic office has been helpful. He also referred to Craig Ruecker, a former longtime high school football coach for whom Smith played and coached at Glencoe of Hillsboro, who has been working as a consultant for the district.

Ruecker’s presence was a big draw, Smith said, and helped seal the deal.

“The school is a pretty good academic school, and there are a lot of kids who go there,” he said. “Getting them out for football is something that I believe I can do.”

The benefits of recruiting the hallways haven’t come yet, as Smith hasn’t been in the hallways. Most of this season’s team, he said, are freshmen and sophomores.

“The biggest thing is establishing a culture,” Smith said, noting he is the fourth coach in the past four seasons (following Eric Fraser, who stepped down after 2018, his third season; Ken Duilio, whose contract was not renewed after his one season, when Cleveland was 4-4; and Bill Smith). “The kids haven’t had expectations, necessarily. I think our main goal is establishing a culture, developing a sense of commitment, getting the kids to buy in to what we’re doing.”

The three seniors on the team — Oh and the Suhrs — are great leaders, Smith said.

“This is going to be (about) my 30th year coaching,” he said. “They are probably three of the best seniors I’ve ever worked with.”

Beyond a small subset of the roster, though, Cleveland would be overmatched against a Class 6A schedule, Smith said.

“Our goal is to play a full season and try to play teams that are similar,” he said, adding that he has told parents, “I’m not going to put their child in a dangerous position. And some of our freshmen are not very big.”