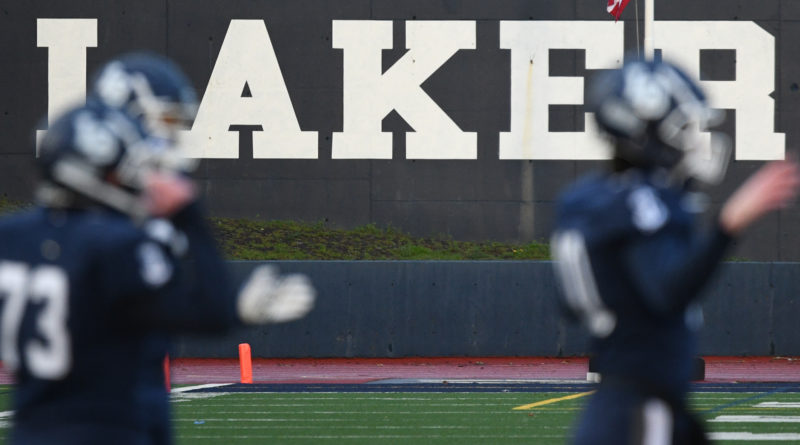 SBLive Oregon will break down every 6A, 5A and 4A team in the state leading up to the 2021 fall football season. Here’s our look at the Lake Oswego Lakers of the Class 6A Three Rivers League.

Lakers offensive coordinator Nick Halberg got to see first-hand Layne’s improvement during the brief spring campaign that ended with Layne receiving all-TRL honorable mention. “Being able to play in just those four games in the spring was massive for his development,” Halberg said of Layne, who recently received an offer from Division III Bowdoin College in Maine. “He’s a fast decision maker, and we trust him to make certain decisions on every play. He’s also a guy the other players gravitate toward. I’m really excited to see what kind of season Jack can put together this year.”

Leykam will be a three-year starter on the offensive line. He earned second-team all-Three Rivers honors as a junior and has received an offer from Lewis & Clark. “He will be a catalyst for that group up front,” Halberg said. “He does a great job communicating with the O-line group to make sure they are all on the same page.”

Halberg called Layne, who last season earned all-TRL recognition on offense (honorable mention) and defense (second team), one of the team’s most versatile players. He has drawn interest from several schools, including offers from Eastern Washington and Valparaiso of the FCS. “He is a big, physical kid that really does a lot of things well,” Halberg said.

Olvera got his chance to start toward the end of his sophomore season, when the Lakers moved two-time state player of the year Casey Filkins to a single-wing quarterback. He ran for 157 yards in a first-round playoff win over Grants Pass and helped Lake Oswego reach the final, and he started all four games in the spring, earning first-team all-TRL honors. Halberg loves Olvera’s versatility and ability to catch the ball out of the backfield. “He will be a guy that moves around a lot offensively,” Halberg said. “He is a big play waiting to happen.”

McGuire is another player who broke through during the Lakers’ run to the 2019 state final and continued his strong play during the spring season, receiving all-TRL honorable mention on defense. “Gavin has really developed as a leader of the team,” Halberg said. “He will be one of the most valuable players on our team, and it will be hard to get him off the field.”

Jarrett earned all-TRL honorable mention in his first season as a starting outside linebacker, and he’ll add starting tight end to his resumé this fall. “He’s a really powerful kid who covers a lot of ground on defense,” Halberg said. “Offensively, he is a kid who is a great blocker and a good receiver.”

Macy started in the secondary and was an all-TRL honorable mention selection as a sophomore while serving as Olvera’s primary backup in the backfield. His role on offense should increase as Halberg moves Olvera around as a chess piece in various formations, with Macy lining up at tailback. “I would expect this to be a breakout season for Calvin,” Halberg said. “He has all the tools you look for in a high-end football player.”

Francis got plenty of playing time as a backup on both sides of the ball as a junior. He’ll enter the starting lineup at linebacker this season, and Halberg predicts “he will likely be one of our best players on defense.”

Stephens swung between JV and varsity during the spring, and the Lakers are counting on him to start on both lines this season. “He had a great spring developing with our program and has put in a lot of work this offseason,” Halberg said.

Hunt played quarterback in youth ball, and that background provides him with a great understanding of the game. He received action on both sides of the ball in the spring and should again in the fall.

Waller started at slot receiver as a junior and has worked during the offseason on improving his cover skills in anticipation of taking on a bigger role in the secondary. “Cade is very quick and has good speed,” Halberg said. “He will be a main contributor on offense this fall.”

West turned out for his first season of football during the spring and quickly developed into a top receiver on the JV team. Halberg thinks he could be a revelation under the Friday night lights. “He has a lot of natural athletic ability and has gained a lot of experience as a football player this offseason,” Halberg said.

Lake Oswego’s shortened 2021 spring season took a hit when a COVID-19 outbreak at the school wiped out its first two games. The Lakers went 3-1 in their four remaining games, and Halberg thinks the whole experience was a net positive for the program.

“Those kids had to fight through a lot, and we really improved dramatically in such a short amount of time,” he said. “We all thought we had a chance to be good last year, but we had a lot of first-year varsity contributors. I think we all learned a lot about ourselves and brought back a lot of talent heading into this season.”

The Lakers’ outlook on the fall season took a drastic turn for the worse, however, when beloved assistant coach Brian Bartsch died unexpectedly July 17.

Coury, who is eight victories from vaulting to No. 11 on the state’s all-time coaching wins list, has spent the past several weeks mourning Bartsch’s passing and preparing for a memorial in his honor while also getting ready for the upcoming season.

“There is no doubt we are going to miss Coach Bartsch tremendously,” Halberg said. “He had such a massive impact on this program in so many different ways. He was a great friend to all of our coaches, and he really had a way of connecting with the players on the team. I think we all hope we can just go out there, rally together, and try to make Coach Bartsch proud this season.

“There is definitely a chance it brings the team closer together. It’s just such a great reminder to not take things in life for granted, and to just enjoy the time that we do have together as a team.”

Lake Oswego certainly has all the necessary pieces to make another deep playoff run. The Layne brothers and Olvera form a strong QB-RB-WR combo, with Olvera a contender for 6A offensive player of the year honors in a system that showcases running backs (see Filkins, Casey, for a reminder).

“The biggest difference in Gabe as a sophomore to Gabe now is physically the work he has put in to gain strength,” Halberg said. “He’s always been a really explosive player who can make big plays in the run game as a ball carrier as well as a receiver in the passing game. Right now, he is playing with a lot of confidence and has continued to improve each year.”

The development of an inexperienced offensive line that will break in three starters alongside Leykam (the only member to earn all-league recognition in the spring) and McGuire will go a long way toward determining whether the Lakers can challenge for a Three Rivers title. Players such as Stephens will need to come on quickly, as Lake Oswego faces four 2019 playoff teams (Mountainside, Sherwood, South Medford and Sheldon) before hitting the usual TRL grind.

A third consecutive trip to the state final might be too much to expect, but another season with double-digit wins isn’t outside the realm of possibility.

“There is a lot of work left to get where we ultimately want to go, but we are all excited about the potential of this team. We want to continue to improve throughout the year so that we are playing our best football heading into the postseason. If we do that, we will give ourselves a chance to make a run in the playoffs.” — offensive coordinator Nick Halberg