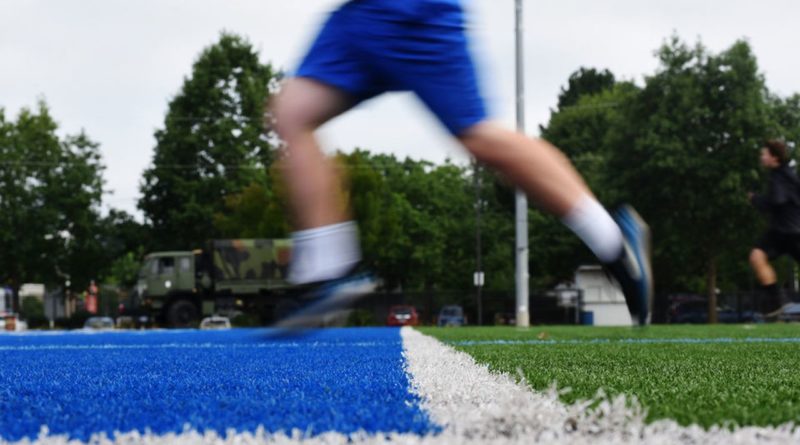 SBLive Oregon will break down every 6A, 5A and 4A team in the state leading up to the 2021 fall football season. Here’s our look at the Gresham Gophers of the Class 6A Mt. Hood Conference.

The tight end position will be an integral part of the offense first-year coach James Allen is installing, and the 6-foot-4 Booze should help with his ability to run and catch the ball. Allen lauded Booze’s athleticism and toughness and said his work in the weight room has paid off.

Kaufman, a team captain, returns as the starting quarterback. “He has a good arm and a calm demeanor,” said Allen, whose new offensive scheme will feature moving the pocket and RPOs. “I have no doubts that Zach will be able to pick up our new offense quickly.”

Gaffney (6-feet-4, 230 pounds) is among the Gophers’ leading returning tacklers and is a team captain as a junior. “On film he was around the football a lot and looked stout against the run,” Allen said. “He’s a guy with a high motor.” Allen also likes what Gaffney has done with his physical preparation.

Trichia was listed at 5-9 and 150 pounds as a junior but made contributions to the varsity team that belied his size. “He’s another hardworking kid with great athletic ability,” Allen said. “I see Drew having an impact on offense as he carves out his role at receiver, but he will be a major part of our defensive backfield.”

The 6-3, 210-pound Romero is an underclassman with an imposing frame. Allen envisions him in the tight end/H-back role. “He’s a grinder who is showing growth every day as he learns the offense,” Allen said.

Another player with size, the 6-4 Blades contributed last season and projects to have a bigger role based on his frame and his athleticism.

Fahner is among the team’s leading returning tacklers. Allen thinks what he accomplished as a freshman is merely a tease to what he can do. “He’s going to be bringing some wood this year,” Allen said. “This is a stud athlete, a hardworking kid who loves to be coached. He is going to make some noise this year.” Fahner (6-1, 190 pounds) also will be a short-yardage option at running back.

The 6-1, 200-pound Stalwick brings strength and quickness to the field and figures to boost the passing and running games as a tight end/H-back. On defense, he will provide a sturdy bookend with Gaffney. “He gives us that end opposite of Colton Gaffney that enables our defense to play freely,” Allen said, “and not have an offense solely focused on Colton.”

The Gophers’ most experienced lineman, Hockert will be counted on for direction as the front line welcomes new starters and adjusts to a different offensive approach. “We’re going to lean on him for his experience and his senior leadership,” Allen said.

Igbonagwam, a transfer from Reynolds, gives Gresham a promising — if largely untested — senior running back. “He hasn’t had the experience because he was sitting behind a proven running back,” Allen said, alluding to Reynolds’ Miles Wilson. “I definitely believe in his ability. I believe in his want-to.” Allen said Igbonagwam has been like a coach on the field and brings an infectious attitude to the field. “His positivity and enthusiasm for the game has been really invigorating for this offense,” Allen said.

Allen called Braaten one of the team’s most consistent leaders and a constant playmaker. “His development, his growth, his knowledge of game, anticipation has really stood out,” Allen said. “He’s solidified himself as a starter at outside linebacker.”

Allen succeeds Mike Melton, whose teams had an 11-29 record in five seasons. This is the first head coaching job for Allen, who had a PIL Hall of Fame career at Jefferson, starred at Oregon State and played four seasons in the NFL.

“The love I’ve felt and the anticipation of what’s coming has been joyous to see,” he added, mentioning also the support he’s received from the high school administration.

Allen intends to reshape the Gophers’ offense with a spread-look, tight end-oriented scheme.

“We’re going to get the ball downfield with a nice, solid running game and try to create mismatches in the middle of the field with our tight ends,” he said.

Allen has confidence that the team’s personnel matches that approach, and he said he feels fortunate to have an experienced starter in quarterback Zach Kaufman.

“He possesses the levelheadedness needed,” Allen said. “We’re going to give him some chances to make some plays downfield.”

An area for growth is the offensive line, and Allen would like to develop depth up front on both sides to keep two-way players to a minimum.

Gresham faces what looks like one of its stiffest challenges immediately with a game at Clackamas in Week 1. The Gophers take on Central Catholic, the other Mt. Hood Conference favorite, in Week 8. Staying competitive in the weeks between and collecting a few wins would represent a nice step forward for the program.

“Our main goal is to send this senior class out on a high note, and the only way to do that is to win some games.” — James Allen