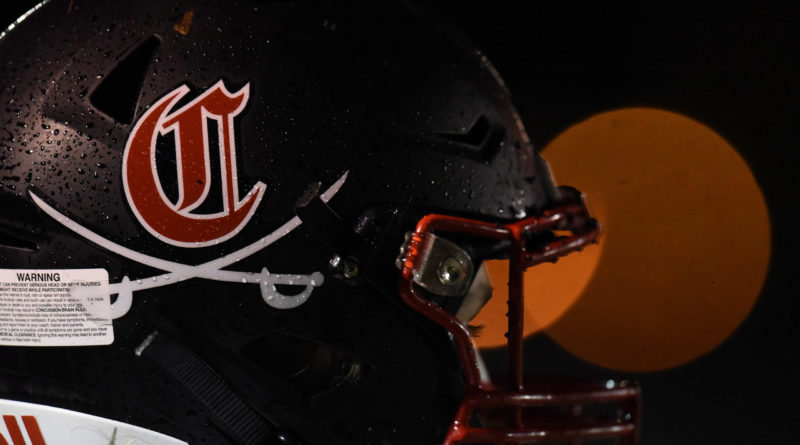 SBLive Oregon will break down every 6A, 5A and 4A team in the state leading up to the 2021 fall football season. Here’s our look at the Clackamas Cavaliers of the Class 6A Mt. Hood Conference.

The 6-foot-6, 272-pound Casey has committed to Boise State. He’ll play left tackle and help pave a path for the Cavaliers’ running game, which last season averaged more than 156 yards per game against one of the stiffest schedules of any Class 6A school. “I think he’s one of the best offensive linemen in the state,” Holan said. “I can say that pretty confidently.”

Chastain started both ways as a junior and turned in what Holan called an all-state-caliber season on the defensive line. “He’s the definition of lead by example, a hard-nosed, kind of old-school kid,” Holan said, adding that Chastain packs considerable power into his 6-foot, 250-pound body. “I’d be shocked if he wasn’t one of the strongest kids in the state. The guy is an absolute warrior.”

Holan said Harlan (6-3, 270 pounds), the returning starter at right tackle, began to make quantum progress about midway through the spring campaign. “He started finding his way about Week 3 of the season,” Holan said. “He’s a kid who has all the measurables you look for. He’s really solid, he’s very athletic.”

After rushing for a total of 75 yards in the first two games of the spring season, Ash tore through defenses in the final four weeks. He gained 646 yards (7.9 yards per carry) and rushed for nine touchdowns in the Cavaliers’ last four games, including scoring all four of the team’s touchdowns in the finale at Tigard. He probably will get more time on defense at safety than he did as a sophomore. “He’s a kid I really trust,” Holan said. “He lives by our code and is another guy who is what we want all of our kids to be like, on and off the field.”

Williams is the Cavaliers’ top returning receiver and a player high on the lists of Oregon class of 2022 recruits. “He’s going to make a ton of explosive plays downfield.” Holan said. “He’s had a tremendous offseason honing his craft.” Specifically, Holan said, Williams is working to make sure his hands are as good as they can be. “I think his goal is zero drops this year,” Holan said. “Anything in his radius, he wants to make sure he comes down with. On top of that, he’s changed his mentality about how he’s attacked the game and just kind of working, tracking the ball a little bit more.”

Johnson-Gibson (6 feet, 175 pounds) tied for second in Class 6A in the spring with four interceptions. The Cavaliers are counting on him for more standout play on defense and plan to give him an increased role on offense.

The 6-5, 245-pound Ludwick has committed to Colorado as a linebacker. Last season, he led Clackamas in tackles for loss and tied for the lead in sacks, despite missing the season finale.  “When we didn’t have him in the Tigard game at the end of the season, we weren’t the same team,” Holan said. “He’s the guy who elevates everybody else’s play because he’s so disruptive, he requires so much attention, so other guys are able to make a lot of plays.” Ludwick, whom Holan called the consummate teammate, will have more of a role at tight end this season.

The younger brother of K.J. Johnson-Gibson, Keontae returns after starting in the secondary and making two interceptions as a sophomore. “He’s super savvy, cerebral, athletic like his brother,” Holan said.

Four returning starters on the offensive line, the Mt. Hood Conference’s top returning rusher, a secondary that defies opponents to pass and a linebacker committed to a Pacific-12 Conference school … a lot of pieces are in place for Clackamas.

“I feel very blessed,” second-year coach James Holan said. “I know that good players make me a good coach. I don’t think I have any magic sauce. I just have to do my best to put guys in positions to make plays and do my best to not screw this up.”

Even where there appears to be a question, Clackamas seems to have an answer. Right guard, for example, is the only spot on the offensive line without a returning starter, but all of the candidates for that position have Holan’s confidence.

“We have some guys who are working their butts off (for that spot),” he said. “Whoever doesn’t get it is going to be incredibly valuable to us as a swing lineman.”

About the offensive line as a whole, he said, “As a coach and a former offensive lineman, it’s a special group. I don’t know if I’ve coached a collective group that’s better than this group. They’re going to do tremendous things this year.”

At quarterback, junior Blake Baker had been getting a few more first-team practice repetitions than anyone else and appeared to be leading the competition. Also under consideration is junior Mateo Maehara, who attended Clackamas as a freshman and returned after a year at Central Catholic.

It’s been two seasons since Clackamas has had a winning record, but that is a deceptive stat. Two of the Cavaliers’ three losses last season were by eight points or fewer. The expectation from external observers is that Clackamas could be on a very short list of teams able to make a very long run in the OSAA Class 6A playoffs.

The players know that, but Holan said they’re staying true to the one-week-at-a-time, focus-on-the-process mentality.

“Instead of what our destination’s going to be,” Holan said, “they’re more focused on the trip right now and how to get there. I’m really proud of them in that sense.”

The payoff could be great success on the field deep into the fall. Regardless of how things play out, Holan said the run-up to his second season as the Cavaliers’ coach has been tremendous compared with the uncertainty and awkwardness of the spring season, when “we got told at the drop of a hat to get ready to play.”

“It was awesome and amazing to have a summer with these guys, and have a real offseason,” he said. “Us getting to be a little more casual around each other, coming in and getting work done on the field — those are the things that make high school football special, when you can build those relationships. We didn’t get to do that last year.

“Having summer, having July and now August, it’s been tremendous.”

“Our expectations are very high. That’s the type of program we want to run here at Clackamas.” — James Holan