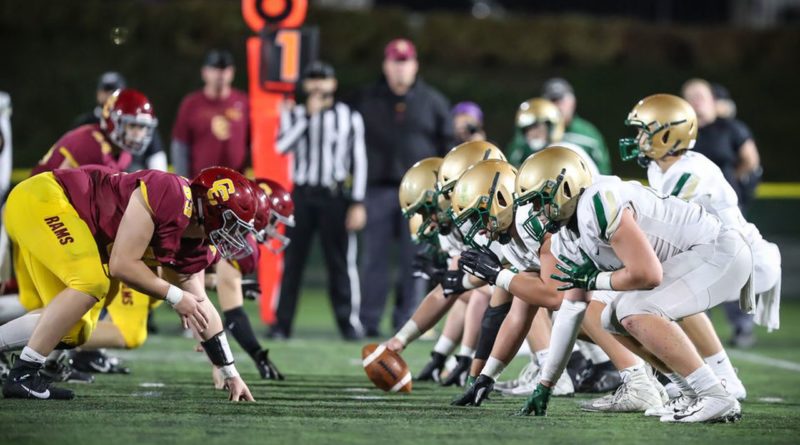 For the first time since 2009, the Holy War matchup between rivals Central Catholic and Jesuit will not take place during the regular season.

The Rams won their latest meeting during the spring season, 35-6, marking their largest margin of victory since 1974 in the 61-year series. The Crusaders lead the all-time series, 23-16-1.

The addition of Adrienne Nelson to the Mt. Hood Conference this season led the conference to adopt a full round-robin schedule for its nine members, leaving Central Catholic with only one nonleague slot in the nine-week season, coming in Week 1.

Rams coach Steve Pyne explained that he originally wanted to play a team from the Trinity League in Southern California, arguably the toughest high school football league in the country, which includes SBLive Power 25 preseason No. 2 Mater Dei and No. 14 St. John Bosco.

When that fell through because their open weeks did not match, Central Catholic ended up getting matched in Week 1 with Camas, which won the Washington Class 4A title in 2019.

“We did not request to play Camas, but when we got the schedule, we were excited by the challenge,” said Pyne, whose team lost season openers to Camas in 2016 and 2017. “We will have our work cut out for us.”

Jesuit will open its season against West Linn in another highly anticipated Week 1 matchup.

“We both have huge admiration for each other, and it is a game that both teams and communities look forward to playing,” Crusaders coach Ken Potter said of the Holy War. “It just didn’t work out in the schedule at this time. We both hope we can meet in December.”