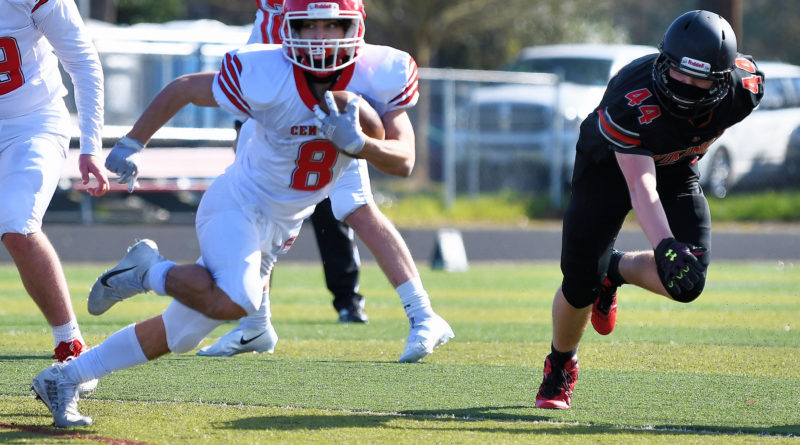 SBLive Oregon will break down every 6A, 5A and 4A team in the state leading up to the 2021 fall football season. Here’s our look at the Central Panthers of the Class 5A Mid-Willamette Conference.

Nelson received valuable experience as a sophomore starting quarterback. The well-built 6-foot-3, 230-pound junior also is an outstanding basketball player for the Panthers. “He’s been progressing really well and went to a lot of camps to try to get his name out there,” Everett said. “He is getting some college interest, even though he didn’t have the numbers last year. He was playing behind a young line and didn’t get the time a regular quarterback would get.”

Hernandez showed flashes of brilliance at running back last season and likely will be in the mix at cornerback as a junior. “He’s special,” Everett said. “If we can get the holes open long enough to squeak him through, he’s got speed to burn and really great vision. We started to put him in on defense some last year, too. He’s got too much talent to not play both ways.”

Craig is another junior who is likely to play both ways, at fullback and outside linebacker. “He’s just a really great kid,” Everett said. “He is always asking the right questions, and there’s no nonsense with him. He just gets it done and is a really good leader for the other kids.”

A returning two-way starter, Foreman will be a key piece for the Panthers on and off the field. “He’s going to be the main leader on our team,” Everett said. “He started at left tackle and middle linebacker last year, and he’s going to be the leader of our younger offensive line.”

Talmadge, who weighs around 310 pounds on a 5-foot-11 frame, gives the team some size and strength in the trenches. “He’s a big body and strong as a bull,” Everett said. “His older brother (Shun Talmadge) was a standout at Central and went on to play some junior-college football. Taku is another good leader for us, a great kid that helps set the tone.”

Football is often a numbers game, and Central has struggled to fill out its roster during the early portion of Everett’s tenure. The Panthers had seven seniors during the spring season and were lacking bodies at all grade levels entering fall camp.

“It’s been really tough,” Everett acknowledged. “We’re still missing a lot of numbers, and I’m not sure what it takes to get those numbers back. Our incoming freshman class is tiny compared to normal. … You’ve got the hardcore kids out there, but we’re missing numbers.”

On the positive side, Central does return nine juniors who started as sophomores. One of them is Nelson, a talented signal-caller who is ready to make the leap.

“Chase is super coachable,” Everett said. “He listens and he is really cerebral when it comes to the game. … His size helps him see some things and not be as bothered by the pocket shrinking in. He’s also got a little more speed than you think. He can really get out and move.”

With a strong group of juniors and three sophomore offensive linemen, the Panthers are set up for future success. If the program can add some bodies over the next few months, Central could be back in the playoffs sooner rather than later.

“We are returning a lot of kids with varsity experience, which is good,” Everett said. “They took their lumps in the shortened year, and it opened their eyes to what varsity football is like. They are hungry to get back on the winning track.”

“The kids we do have are a talented group of juniors with some decent senior leadership. We are excited to rock and roll with a pretty experienced group of kids, even though they’re younger.” — Joel Everett