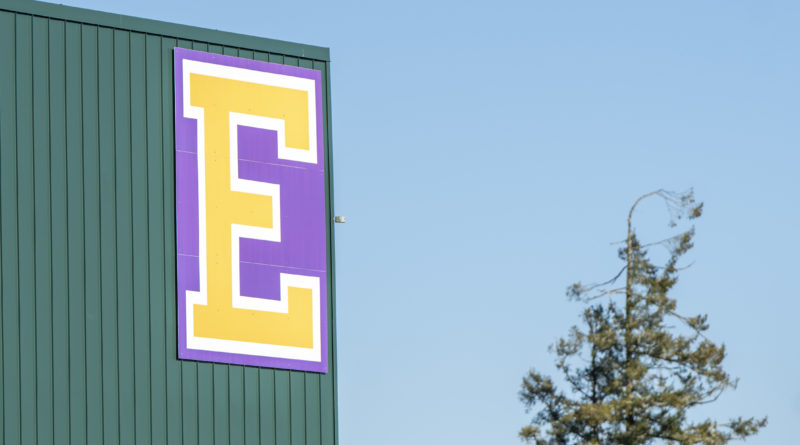 SBLive Oregon will break down every 6A, 5A and 4A team in the state leading up to the 2021 fall football season. Here’s our look at the Elmira Falcons of the Class 4A Sky Em League.

Drago will have some big shoes to fill as he attempts to replace last season’s starter, Cobyn Herbert, but Peeler believes Drago is more than up to the task. Drago served as the backup in the spring and will guide an offense that will be substantially younger than it was last season. “He’s definitely going to be somebody we need to step up and take the reins for us,” Peeler said.

Evans was second-team all-league on both sides of the ball last season and is the leader of a talented, experienced offensive line. He will slot in at right tackle on offense and defensive tackle on defense. “He’s going to be an absolutely huge contributor for us,” Peeler said.

Wolgamott will play next to Evans at right guard and could make an impact on the defensive line. He was a physical presence for the Falcons as a sophomore and figures to take a massive leap as he takes on a larger role. “He’s going to step up and do really well for us,” Peeler said.

Of all the players Elmira has returning, Janezcko might be the most intriguing. He was listed at 6-foot-7, 260 pounds as a sophomore. There aren’t many players of that stature in the Sky Em League, and Peeler plans to get the most out of the talented junior on the left side of the offensive line. “He’s a kid who is growing into his body right now as a junior,” Peeler said. “He’ll be nice for us to have off the edge as well.”

The Falcons will need some new playmakers to emerge this season, and Hecker could be the best candidate to do so in the passing game. An athletic, 6-foot-4 receiver, Hecker played a backup role in the spring but will be expected to start and have a major impact this fall. “He’s going to have to really take over the reins for Bryson Forsman, who graduated,” Peeler said.

It isn’t an easy time to fight for a spot at the top of the Sky Em League. Marist Catholic and Marshfield are arguably the two most talented teams in 4A and will make it difficult for anybody else to elbow their way into the league title race.

That said, the Falcons plan to compete and do everything in their power to play spoiler to those two programs. Elmira returns a wealth of talent and experience on the offensive line, which bodes well for the smash-mouth brand of football Peeler wants his team to play.

“Marist and Marshfield are bringing back almost everybody,” Peeler said. “So, they’re going to be good. If we can finish in that third spot, that would be a great success for us there.”

The Falcons have a fairly strong nonleague schedule, which will help prepare them for the physicality of Marist Catholic and Marshfield. With a core of young, hard-working players on both sides of the ball, Elmira is a team that could improve by leaps and bounds as the season progresses.

“We have a new defensive coordinator this year,” Peeler said. “So, learning all those key concepts that he has will be really crucial. …

“If we can build on what we did last year in that short season, and really start adding to our offense, that would be a pretty big deal.”

“We’re going to be younger this year. But we’ve got kids who are going to come out, fight for us and play hard. We’ve got younger, inexperienced guys who I believe can really step up for us.” — Justin Peeler