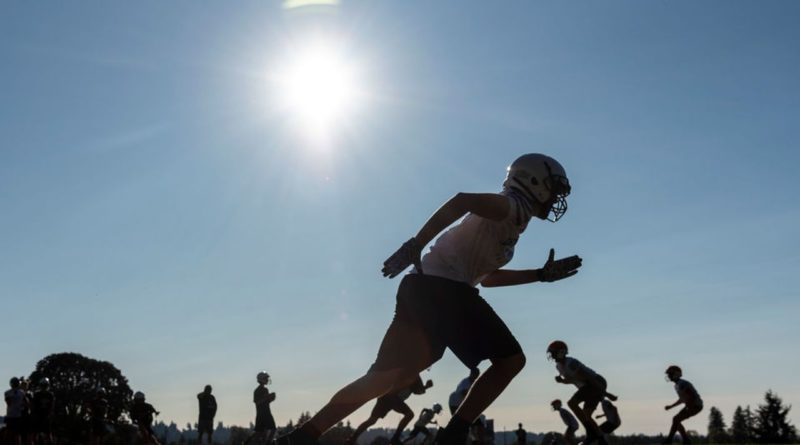 SBLive Oregon will break down every 6A, 5A and 4A team in the state leading up to the 2021 fall football season. Here’s our look at the Estacada Rangers of the Class 4A Tri-Valley Conference.

Consistent physical play. That’s what you get from Gotchall. Oh, and at an all-state level.

“Super consistent, super physical and tough, and he gets the job done in the trenches,” Mott said.

Everyone knows Estacada loves to run the ball. It’s no secret. The other team knows it’s coming. Because of guys like Gotchall, a guard, it doesn’t matter.

Defensively, Gotchell plugs up the interior to open lanes for the linebackers. He’s a load to handle at 6-0, 260 pounds.

“He’s got a strong motor. Loves the game. Flies around the football field,” Mott said, adding that he has the luxury of two incredible guards. The team can run the veer offense either direction.

On defense, Nacoste uses his speed to get after the quarterback.

Teammates look up to Behrman, a leader through his play. Behrman has been on varsity since his freshman season. A fullback in the triple-option, the 6-1, 245-pounder is the big downhill runner.

One of the Rangers’ best defensive backs in the spring, he also got several reps at quarterback, giving the team a preview of the future at the position.

The future is now.

“He has embraced the triple-option offense and runs it very well,” Mott said. “He also has a good arm. We’ll be able to sling the ball around a bit.”

Riedel and Behrman are similar players, providing a strong one-two punch from the backfield. Riedel is a smart runner who has the vision to see the open lanes, Mott said.

“Defensively, he is a tackling machine at inside ’backer,” the coach added.

A big hitter and a solid cover guy as a defensive back. Plus, Mott said, he is faster this season.

“He just put the time in the weight room. He was there every chance he could get. His speed and strength have taken a huge jump from last season. He’s going to have a big year.”

The fastest player on the team.

No. Not the fastest lineman on the team. The fastest player on the entire team.

That speed, plus his technique, makes him a fine offensive lineman. That speed from the defensive line? Watch out.

“He was really coming on at the end of our (spring) season,” Mott said. “He’s going to be a force this year.”

Mott really liked his team in the spring. He would love to have had a real season, with playoffs, last fall.

“It would have been cool to see where we ended up,” he said.

He likes this team’s chances as much, if not more.

“My expectations? The sky is the limit for our team,” Mott said. “We finished 5-1, and we bring back our entire offensive line and most of our skill guys. Our kids have a lot of confidence. Honestly, a deep playoff run is our goal.”

There are a lot of positives associated with this group. That line, of course. It’s not just experienced, but tough.

“Our physicality is going to be the strength of our team,” Mott said. “We’ll come out and punch you in the mouth.”

He also expects the defense to be even better, especially against the run.

No team is perfect in August, though. Mott said he will be looking for team leaders to emerge during the season.

Not that Estacada does not have leaders now. But with a team this loaded, for a team that has reason for confidence, there must be in-season leaders who can keep everyone grounded. Coaches can help, Mott said, but the most successful teams have players who hold teammates accountable.

“There is a definite buzz around our community. Last year it was heartbreaking to limit how many people could come. Our plan is to be rolling as normal. I’m super pumped for our first home game. I know it’s going to be a packed house, and people are going to be fired up.” — Andy Mott