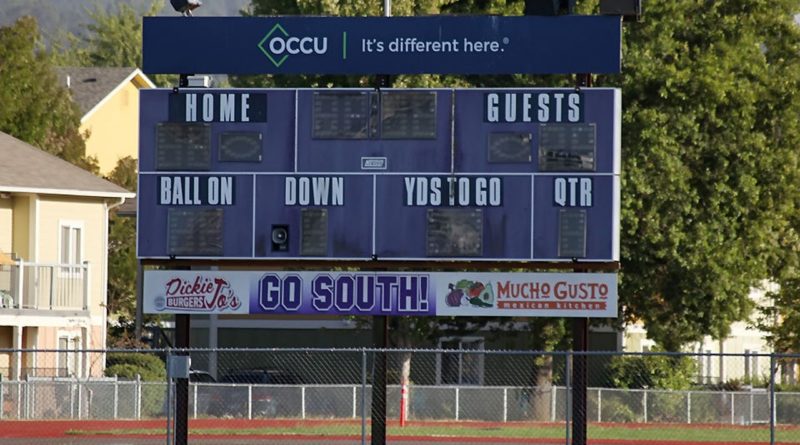 For the second consecutive season, South Eugene announced it will not play football because of low turnout.

The school announced the season’s cancellation Friday via email, tweets and a message posted to the ParentVUE website run by the Eugene 4J School District.

The Axe also did not play during the shortened spring 2021 season, but at the time, coach Kenny Koberstein hoped that when things returned to normal, they would be back on the field for the fall.

That did not come to pass. Athletic director Dave Hancock told the Register Guard newspaper that only 19 athletes had signed up to play football, not nearly enough to field a varsity program in the Class 5A Midwestern League.

While the season has been canceled, according to KLCC radio, organized practices will continue to take place to allow for “skill-building and team connections.”

South Eugene is a Class 6A school with an enrollment of 1,416 students that was allowed to drop to 5A for football due to an OSAA rule change enacted several years ago. That move was prompted in part when the Axe had to forfeit a 2016 state playoff game because of low numbers.

In a text message Monday evening, Koberstein said, “Frankly I don’t have much to say outside of the statements I’ve already made. Specifically, I don’t feel like engaging in hypotheticals is an exercise that is helpful for our athletes, parents, or school community as they reckon with this.”

Previously, Koberstein told the Register Guard, “It’s a hard thing to put into words. There are a lot of things to consider, but number one is that we want to have a football team but we just don’t have the numbers. Everybody’s really disappointed. Nobody wanted this to happen.”

South Eugene athletes who want to play football this season would need to transfer academically to another school in the district. While smaller schools can co-op with other schools in their geographic area to sustain a program, schools of South Eugene’s size do not have that option.