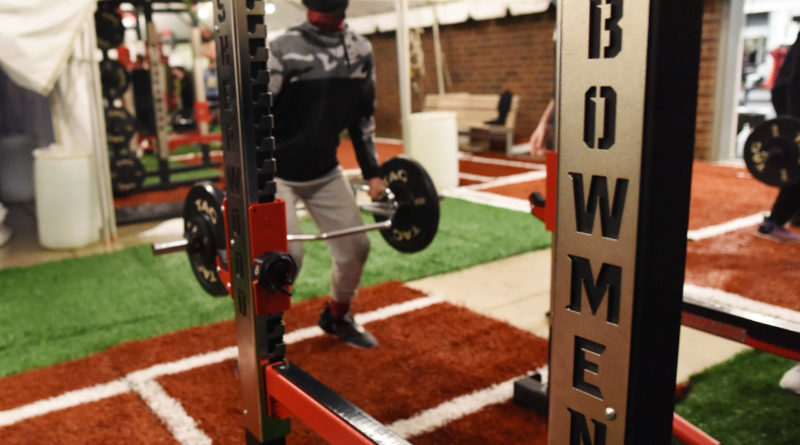 SBLive Oregon will break down every 6A, 5A and 4A team in the state leading up to the 2021 fall football season. Here’s our look at the Sherwood Bowmen of the Class 6A Pacific Conference.

Bergstrom brings one of the few things the Bowmen lack this season — experience. A three-year starter in their wing-T attack that should see only minor tweaks with Hastin taking over from longtime coach Greg Lawrence, Bergstrom received all-Pacific honorable mention in the spring and is expected to fend off challenges from junior Austin Hannan (5-9, 150) and sophomore Kasen Covert (5-9, 150). He’ll also compete for a starting spot at free safety. “Bjorn has quite a lot of tools, and we should be able to do quite a bit with him,” Hastin said.

Hall last season made his biggest mark on special teams, where he was a first-team all-conference kick returner, but he also earned all-conference honorable mention at cornerback. He’ll be one of Bergstrom’s top targets on the outside. “He’s a big-play threat out at receiver,” Hastin said. “We know what he can do. He can fly. He has big-play speed, and he’s definitely going to stretch the defense and run by people.”

Glenn brings the grittiness and technique he puts to good use on the wrestling mat — he placed third at 160 pounds at the 6A state championships in June — to the gridiron for the Bowmen. As a junior, he was a second-team all-Pacific selection at linebacker and an honorable mention pick at running back. “He’s tough as nails and a hard-nosed kid,” Hastin said. “He’s a sideline-to-sideline linebacker who also runs well. I’m excited to see what he can do with pads on.”

With speedster and top rusher Clay Peden among three running backs who graduated in June, the door has opened for youngsters such as Gribble to seize their shot at a starting spot in the backfield. Gribble received limited action on the varsity team as a sophomore, and Hastin is excited to see him at H-back this fall. “He’s got a great combination of good size and big-play speed,” Hastin said.

Sherwood started five seniors on the offensive line to begin the spring season, and all five earned all-Pacific recognition, leaving big shoes to fill up front. Zepeda was in the rotation as a backup and should move into a starting role this fall. “He got some experience and has been impressive in the weight room,” Hastin said. “He’s a big guy who moves well.”

Manning entered the starting lineup midway through the spring season after Bryan Cuthbertson suffered a broken elbow in the second quarter of a Week 3 victory at Jesuit. He’ll likely start both ways this season.

Fillinger-Palotay has big shoes to fill in taking over at center, replacing first-team all-Pacific selection Sam Shayegi. “Nathan is that smart guy you need at center to make calls,” Hastin said. “He has really good feet, which will allow him to cut off linebackers.”

Hodney figures to bookend the offensive line with Zepeda at tackle and will be in the mix in the interior of the defensive line. “He looks to be a very physical lineman who runs really well,” Hastin said. “He will be a guy we can run behind at tackle.”

Scott can slide into any position Hastin wants to put the big-play threat — halfback, slot receiver or flanker. On defense, he could enter the starting lineup at free safety. “He has the ability to be that center fielder at safety,” Hastin said. “He’s a versatile athlete, has good instincts and runs really well.”

Highberger has impressed Hastin during summer workouts and should be in the receiver rotation. “He has great hands and is very smooth with his route running,” Hastin said.

Hastin coached at Newberg the past four seasons, but he lived in Sherwood and made the short commute daily along Highway 99W.

As soon as Lawrence retired after his 27th season at the helm of a program he led to 234 victories (16th on the state’s all-time list) and 5A state titles in 2010 and 2012, Hastin wasted little time in making the move to stay home.

“I have two daughters in the school district, and I wanted to be able to coach and teach where they’ll go to school and have an impact on the community I live in,” Hastin said. “That was the biggest reason for the move, but it also helped that Sherwood is a great program with a great tradition and unbelievable facilities.”

Hastin has enjoyed “some healthy razzing” from friends and colleagues since making the move, but he’s focused now on transitioning to a program that graduated 17 all-conference players from the spring and features only six seniors on the roster.

One thing that helps the transition is that both Newberg under Hastin and Sherwood under Lawrence ran the wing-T, so while there’ll be nuances — for instance, Hastin plans to run some pistol formation to take advantage of Bergstrom’s athleticism and arm — and differences in verbiage, the Bowmen should look pretty similar to fans this season.

Bergstrom’s experience at quarterback — he’s taken the majority of snaps at the position the past two seasons — provides a security blanket as Sherwood works in at least eight new starters on offense.

“I can see us throwing the ball 10 to 15 times a game, forcing the defense to defend the drop-back passing game and the wing-T,” Hastin said. “I’ve been very impressed with Bjorn’s maturity, his decision-making and his accuracy.”

Hastin also brought back longtime defensive coordinator Rich Hannan, so there’ll be little change in scheme or philosophy in Sherwood’s 3-4 look. The personnel will include plenty of changes, though, with at least nine new starters likely to take the field in Week 1 against Lakeridge.

The Bowmen haven’t finished below second place in league play since 2003, and that streak shouldn’t end this fall. They won’t have much time to prepare for the game that could decide whether they win a ninth conference title in the past 13 seasons — they open Pacific play in Week 5 against Hastin’s former team, Newberg.

“We have a big junior class and a big sophomore class with a lot of good young talent and good healthy competition at a lot of positions. They just need to develop and mature, and we need some big-time players from those two classes to emerge. A league championship is going to be tough, but it’s an attainable goal for us.” — Kevin Hastin