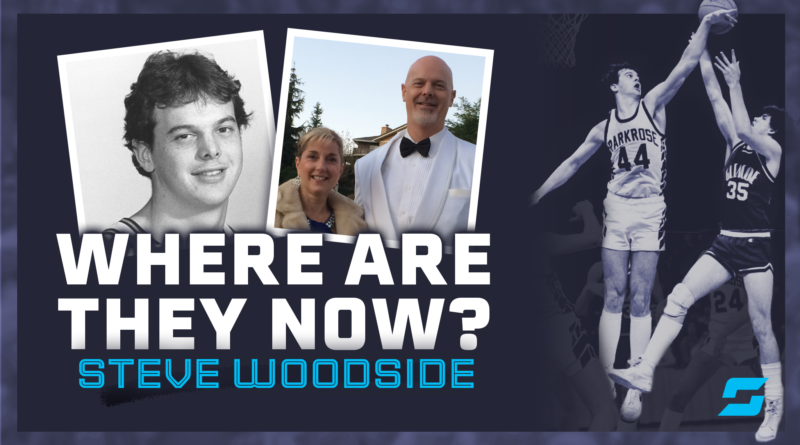 The Broncos legend and former All-American spent 23 years traveling the world through his job with Nike. Now, he and his wife of 35 years lead a peaceful life in Central Oregon.

Steve Woodside and his 1982 Parkrose basketball teammates knew something special was in store for their senior season.

After dropping their first game of the previous year’s state tournament, Woodside and his crew would never lose again.

Parkrose won three straight at The Coliseum, ending with a victory over Clackamas to claim the 1981 consolation title.

The summer was filled with plenty of driveway shooting sessions and elite pickup games that included recent Parkrose graduate Ray Blume — a guard with the Chicago Bulls.

“We had all of these college and NBA players drop by Parkrose for pickup games, and we’d jump in where we could — that kind of competition only makes you better,” Woodside said.

The Broncos also gathered to play in a mix of summer tournaments up and down Interstate 5.

“We played an extensive summer schedule with tournaments all over the place, and we never lost a game,” Woodside said. “We were getting a lot of recognition as a great team before the season even started.”

The bonds ran deep on a team that saw its members compete against each other through middle school before joining forces at Parkrose.

“We pretty much grew up together. We played against each other in junior high and built a high level of familiarity,” Woodside said. “I’d drive by and see one of them playing in the driveway, and I’d get home and know I had to work on my game, too. We just lived and breathed basketball all year long.”

By their senior year, the Broncos had developed into a well-oiled machine for their head coach, Terry Woods.

“At 6-10, I was the focal point, but we had a lot of talent,” Woodside said. “Mike Stipe, Phil Fogg, Pat Montgomery — they could all shoot, and that opened up a lot of space for me.”

Sophomore Rick Osborn, who lived just down the street from Woodside, rounded out the team’s starting five.

“We had a spotlight on us — everybody came at us with their best effort. Every night was their state championship,” Woodside said.

The Broncos blitzed through the regular season with a 20-0 record while Woodside put up numbers that would land him a spot on the Parade All-America second team.

And that was with Woodside playing with a target on his back.

“This was the era with no shot clock and no three-pointer — a basket was still two points whether it was a 1-footer or a 25-footer — so teams would double- and triple-team the big guy,” he said.

The Broncos opened that year’s state tournament with a 54-45 win over Grant, setting the stage for a primetime quarterfinal game against Glencoe, which featured future UCLA Bruin Dave Immel.

Parkrose emerged with a 41-40 victory — its closest game of the season.

“Everybody felt like that was the state title game,” Woodside said.

The Broncos notched a double-digit win over Roseburg in the semifinals, setting up a matchup with an unfamiliar foe on championship night.

“We hadn’t seen Lake Oswego over the summer or during the regular season, but we had a chip on our shoulders,” Woodside said. “We were this group of Northeast Portland kids who wanted to take the rich westside team down.”

And Parkrose did exactly that, knocking off the Lakers 36-32 to claim the big-school title and put a cap on a perfect 24-0 season.

“The idea of (not) going undefeated never crossed our minds — we hadn’t lost in so long that it would have been unusual,” Woodside said.

Woodside went on to a stellar career at Oregon State, joining Charlie Sitton (McMinnville) and A.C. Green (Benson) in a string of Oregon Prep Players of the Year to sign with the Beavers. That group formed the framework for a squad that won the Pac-10 title in 1984 and was a regular in the Associated Press top-20.

“Our starting lineup was mostly Oregon kids. We weren’t only representing our university but also the entire state — that is what was special,” Woodside said.

He also was a member of Team USA at the 1983 Junior World Championships, winning the gold medal game over the Soviet Union and its standout big man, Arvydas Sabonis.

Woodside went to training camp with the Indiana Pacers and spent several seasons in the Continental Basketball Association. When his playing career came to a close, he picked up a job at Nike. He spent 23 years with the shoe company, largely overseeing operations overseas.

“We’ve traveled to 40 countries and it’s been awesome,” Woodside said. “We’ve had some amazing vacations, seeing parts of the world that we wouldn’t have seen without those overseas assignments.”

While he and Marianne, his wife of 35 years, were busy taking in wonders like the Great Wall of China, others were busy marveling at the towering white guy.

“We probably appear in thousands of photo books — especially with me at 6-10, we made quite the photo opportunity,” Woodside says with a chuckle.

Woodside now describes himself as semi-retired, looking to enjoy a slower pace of life in Central Oregon with Marianne. The couple has two grown daughters — Kaiya and Addison.

“We’ve moved 24 times in 34 years,” Woodside said. “Now we are in Central Oregon and have made the decision to settle things down a bit, and we’re making our best effort to do that.”