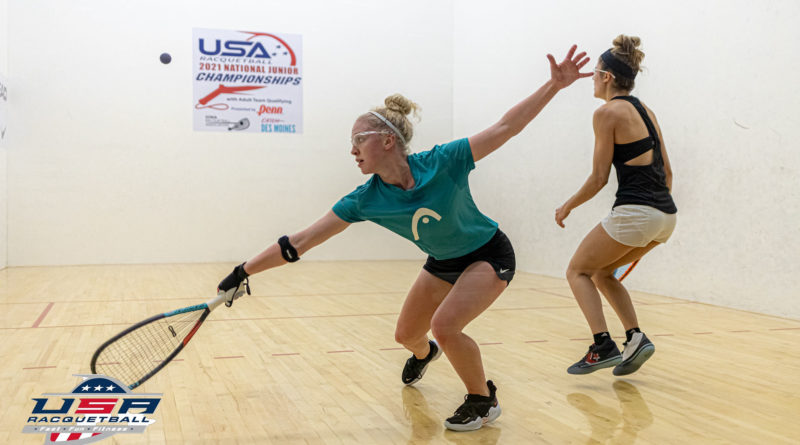 Annie Roberts found herself in uncharted territory when championship point arrived at the 18U Junior National Racquetball tournament this month in Des Moines, Iowa.

Roberts, a 2020 Barlow graduate, hadn’t lost a match on the junior circuit in five years. Yet, here she was in the finals on the short end of a 10-5 score in the third set tiebreaker. Her opponent, Erin Slutzky of St. Louis, was one point from ending that streak.

That elusive point would never come.

“She had an unforced error, and I got to the service box and went on a run. At that point, you trust your training and you don’t try something new,” Roberts said.

Roberts won six consecutive points to take the match 4-15, 15-8, 11-10 and claim the fourth Junior National title of her career.

“It got to match point and you saw her just battle and battle,” said her high school coach, Brian Ancheta. “She just hangs in there — that’s her M.O.”

“We were both playing at the top of our game, so it became more of a mental battle,” Roberts said. “I started executing my shots at a higher level and took advantage of my opportunities.”

Roberts outscored her previous two opponents by a combined 60-7.

“She’s had one heckuva Juniors run,” Ancheta said. “We are comparing her to some of the best women who have ever played.”

Her final junior-level event will be as a member of Team USA at the World Championships in Costa Rica in December.

Roberts won a handful of matches on the Pro Tour this past year while also completing her freshman year at the University of Pacific, where she is studying Health and Exercise.

“It’s crazy,” Roberts said. “I never would have guessed this would be my path. I’m super blessed.”