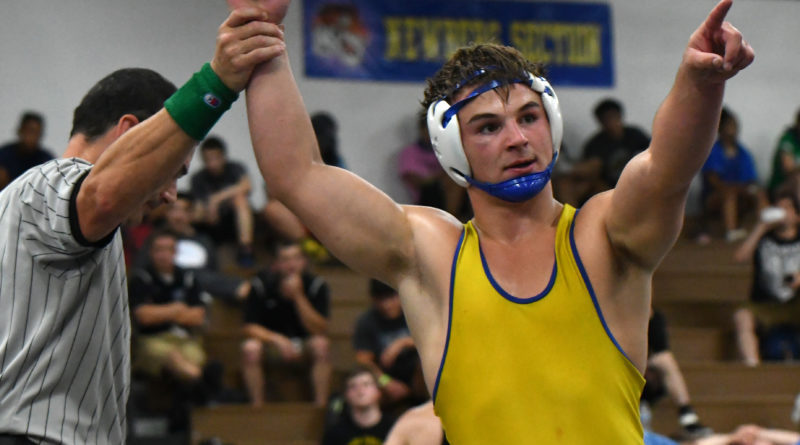 When the OSAA made the decision to move the wrestling season from its traditional winter home to spring, it threw wrestlers for a loop.

Then, as the days fell off the calendar and uncertainty rose that indoor contact sports would not get a season, the uncertainty wore on the athletes and their coaches.

One thing Newberg coaches stressed to their wrestlers was to keep working for the moment when gyms could reopen and the season could take place.

“Since COVID started, (coach) Neil (Russo) told us that it’s a lot easier to get unready than to get ready, so we stayed ready,” said sophomore Hudson Davis. “We lifted when we could, worked on our own and got right back to it when we could so we were ready.”

That prep work showed last weekend at the Oregon Wrestling Association 6A State Championships at Newberg High School, where the Tigers blew away the field to win a second consecutive state title, and Davis was among the parade of Newberg wrestlers to stride to the medals podium.

After placing third as a freshman at 160 pounds, Davis came back this spring to win the 195 championship, staving off a late rally by Reynolds’ Robert Plympton for a 6-4 decision that made him the fifth Tiger to win a title.

“There’s nothing like winning a state title in your hometown,” Davis said. “I think everyone would have liked it to be a normal year, but it shows how supportive the wrestling community is — and especially how supportive the Newberg community is. Neil told us he was putting on the tournament, that nothing would be taken away from us, and he put on an unbelievable tournament. And as everyone in the gym figured out, we got plenty of coaching.”