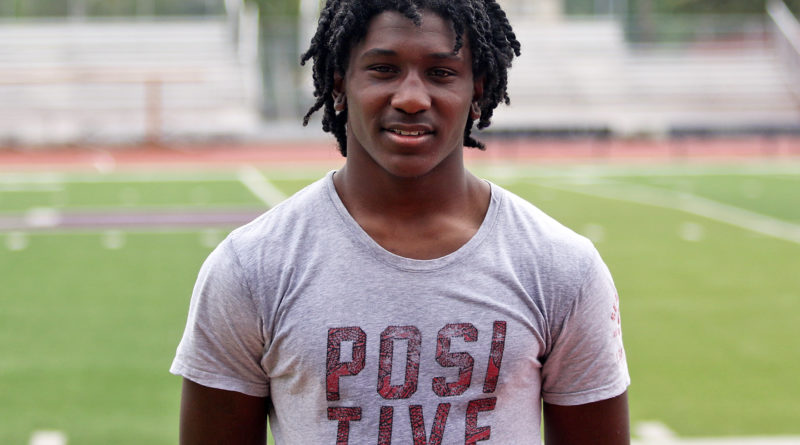 There’s one thing that differentiates Timmy Mitchell from his teammates on the North squad.

In fact, that one thing differentiates Mitchell from every single player who has ever played in the Les Schwab Bowl — he isn’t old enough to have a driver’s license.

The 15-year-old Mitchell, a Central Catholic High School sophomore-to-be, will become the youngest player in Les Schwab Bowl history when he takes the field for the North team in the game to be played Saturday at Linfield University in McMinnville.

“This means a lot, to be a freshman, and the first freshman to come here to the Bowl,” Mitchell said following a North team practice Wednesday. “I didn’t take it too seriously when my dad told me, but now I see, coming out here and playing with the best guys on the North team, it’s a big deal.”

You can forgive Mitchell, coming off a freshman year at Central Catholic, for not realizing right away what a big deal it actually is. When he first found out he was selected for the team, Mitchell wasn’t exactly sure what to think about it.

The best, and, in Mitchell’s case, the youngest.

“It’s a big honor, being the only young one, and still coming out here and working as hard as anyone,” he said.

The 5-foot-9, 160-pound Mitchell is listed as a defensive back on the North roster, but in his short high school career, he’s shown he can make an impact on defense, offense and special teams.

“I play some safety, and on offense, I play at running back and receiver,” Mitchell said. “I started the season playing the freshman games, and then they moved me up to varsity for a few games. They put me back for the kickoff and punt returns. I had a pretty good season.”

Mitchell, with three years of eligibility remaining, is hoping to make plenty of noise in his remaining time at Central Catholic.

“I’m looking to be the best, and to come here three more times,” he said.

Mitchell is part of a group of six Rams — along with linebacker Jack Bennison, defensive back Zach Grisham, tight end Jalen Ridgeway, lineman Ryan Dirksen and kicker Atticus Sappington — playing in the Les Schwab Bowl. Central Catholic’s Steve Pyne is the North head coach, and Grant Hampton is one of the team’s assistant coaches.

“Yeah, it helps, not being the only one from Central Catholic,” Mitchell said. “It’s great having some teammates here to cheer me on.”

Mitchell also is getting along well with his new — and older — teammates.

“They like me, and I like them back,” he said with a smile. “This has been great. It’s been awesome, actually. I didn’t think it would be that good, but it’s been a great time. I’m pretty happy.”

This year’s Les Schwab Bowl includes many of the top players from around the state, as well as two players from southwest Washington. This is the 73rd game in the North-South series, with the series tied 34-34-4.