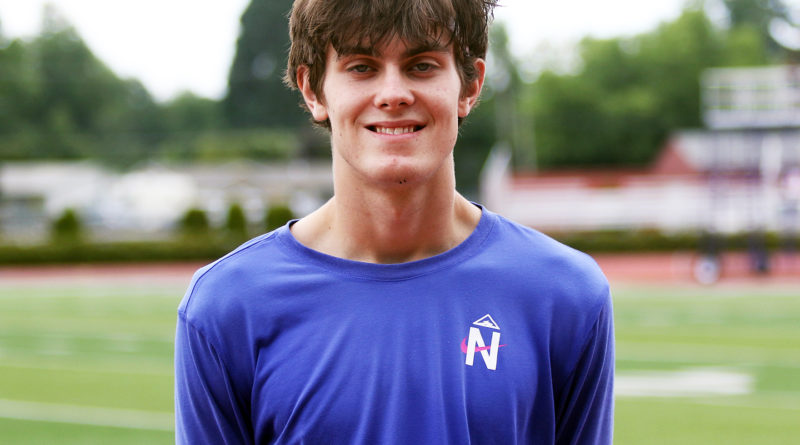 The 2020-21 high school sports year was anything but normal.

But that sure didn’t stop Owen Hawley from making the best out of it.

Hawley, a 2021 Newberg High School graduate, helped the Tigers football team win the Pacific Conference title, going 4-0 in conference play and 5-1 on the season. Then, in the revised spring track and field season, Hawley staked his claim for a state championship in the long jump event, as he triumphed in that competition at the 6A Track and Field Showcase at Pioneer Memorial Stadium in Oregon City.

Now, to top off Hawley’s banner senior campaign, he’ll be playing for the North squad in the Les Schwab Bowl all-star football game Saturday at Linfield University in McMinnville.

“I was wondering about it. I didn’t know if they were going to do it this year,” Hawley said of the Les Schwab Bowl. “And then I heard they were, and I got a later invite, and when I did, I was stoked to get it, along with my friend, (fellow Newberg grad) linebacker Conner Croskrey. So, now I’m excited to be out here and compete.”

Hawley did his fair share of competing for Newberg in 2021.

During football season, Hawley was a first-team all-Pacific Conference selection as a receiver and a second-team pick as a defensive back as he helped the Tigers to a perfect conference record, which included a 14-9 season-opening win over rival Sherwood.

“It’s meant a lot. Of course, we were just happy to have a season this year,” Hawley said. “We had a great run, winning five games with Coach (Kevin) Hastin, and it’s a just a blessing to get invited to an event like this. I get to come out here and work and compete with the best athletes in Oregon. That just means a lot.”

During the track and field season, Hawley soared to a state championship in the long jump with a mark of 21 feet, 11.5 inches, edging his Newberg teammate, Blake Smith, by a half inch. During the state triple jump competition, Hawley finished second, behind Smith, with a distance of 43-6.5.

“It means a lot to do all of that for Newberg,” Hawley said. “My track coach, Coach (Brandon) Ramey, really helped me. I came in and I didn’t think I was going to do that well. Then I started getting some good marks at my first meet, and it went from there. Overall, it was a good year for Newberg. We got league champs in a lot of sports.”

The 6-foot-3, 175-pound Hawley, who will be playing receiver for the North team, will be looking to finish his banner senior year with a bang in Saturday’s Les Schwab Bowl.

“Thanks to Coach (Steve) Pyne, we’ve got some good pass plays in the books,” Hawley said. “He’s looking to target the receivers and get them out deep, so me, Andrew (Simpson), Justin (Hughes), Jayden (Brannan) and Luke (Borchardt) will be raking it in on Saturday.”