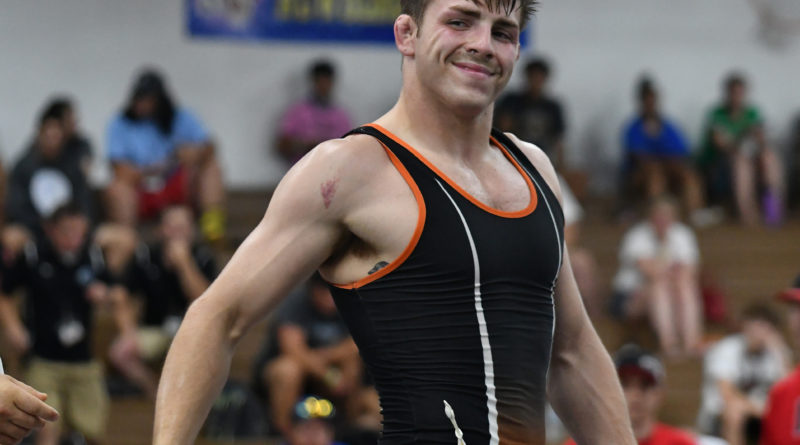 The 170-pound final at Saturday’s Oregon Wrestling Association 6A State Championships at Newberg High School featured a rematch 16 months in the making.

Saturday’s match was much closer, with Thacker scoring a reversal with seven seconds left in the second period to take a 5-3 lead. Potts started the third in the down position and finally escaped with 32 seconds left, but Thacker fended off several attacks to pull out the 5-4 decision.

Thacker had been among the numerous wrestlers statewide who could only bide their time waiting for a season that at times appeared unlikely to take place. In the meantime, he worked to support himself and found chances to train whenever he could.

“It was a struggle. I never had the financial help to take me everywhere, so I had to do what I could on my own,” Thacker said. “I have to thank Coach (Steve) Lander, my parents, everyone who supported me — they helped me get here a second time. I love them all and appreciate them.”

Thacker and Potts will see a lot more of each other next year, as both will join the Minot State program in North Dakota. Thacker might have bragging rights in the wrestling room, but he’s not going to exert them.

“He’s my teammate now, and I don’t bring my teammates down in any way, shape or form,” Thacker said.

Crescent Valley senior Jackson Rosado won a second consecutive 5A title in Cottage Grove, defeating Crater’s Kabb Christensen by an 18-9 major decision. … Philomath junior Blaise Pindell joined 113-pounder Benjamin Hernandez as their school’s first state champions since 2007 with a 6-0 victory over Elmira’s Ayden Wolgamott in the 4A final at Cascade.