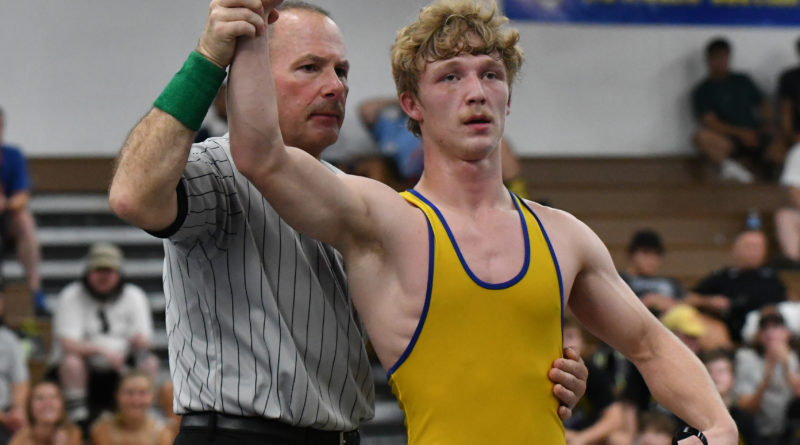 While Garver conceded that Saturday’s victory was “a very different environment” than Memorial Coliseum in Portland the past two years, that didn’t take anything away from the moment.

“I heard a lot of people weren’t really organizing things,” he said. “Obviously, a lot of people dropped out. They didn’t want to come in and do the work. But the best are always getting better, doing things for themselves.”

That certainly describes Garver, who next year could join the short list of four-time champions in state history.

If all goes according to plan, next February at Memorial Coliseum, Garver could be one of four wrestlers to join a club that now has 81 members (see below). Juniors Mauro Michel of Stayton and the Crescent Valley duo of Gabe Whisenhunt and James Rowley also won their third titles over the weekend.