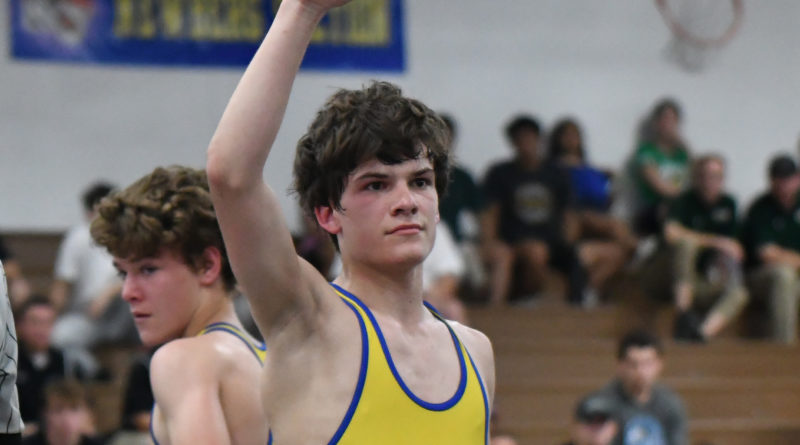 Growing up, Zachary Keinonen would spend his days tagging along with his father, Shawn, to wrestling practice at McMinnville High School, where Shawn was head coach from 2008-15.

Since he was about 4 years old, Zachary can remember looking up at the walls of the wrestling room and dreaming of the day when he could add his name to those who’d won state championships.

“It feels amazing,” Keinonen said. “We’ve been through so much this year. It’s been a grind.”

It was the second consecutive week the two Tigers met in a tournament final. Last week, it was the Pacific Conference district meet, where Keinonen defeated Smith 8-0 to hand his teammate his first loss of the season.

While Keinonen advanced to the final as the top seed, Smith got past the No. 2 seed, Franklin senior Iker Vigil, 7-1 in the semifinals to make the rematch possible.

Keinonen scored early takedowns in the first and second periods to build the lead and never gave Smith an opening to get back in the match.

“It was definitely weird, but I know he’s tough, a good wrestler,” Keinonen said. “My partner in the room is Ethan (Ritchie), but I wrestle (Brandon) quite often. He’s a tough kid.”

Last year at Memorial Coliseum, Taft’s Jose Flores reached the 3A final at 113 as an upstart, knocking off the top seed in the quarterfinals before losing to Blake Runion of Amity in the final. This weekend, the Tigers senior was the top seed and rolled through the bracket, defeating Harrisburg’s Russell Talmadge 7-1 in the final. … Eagle Point freshman Tygren Lopez avenged a district final loss to Thurston’s Braylin Ruchti in the 5A title match at Cottage Grove, defeating the Colts sophomore 11-8.