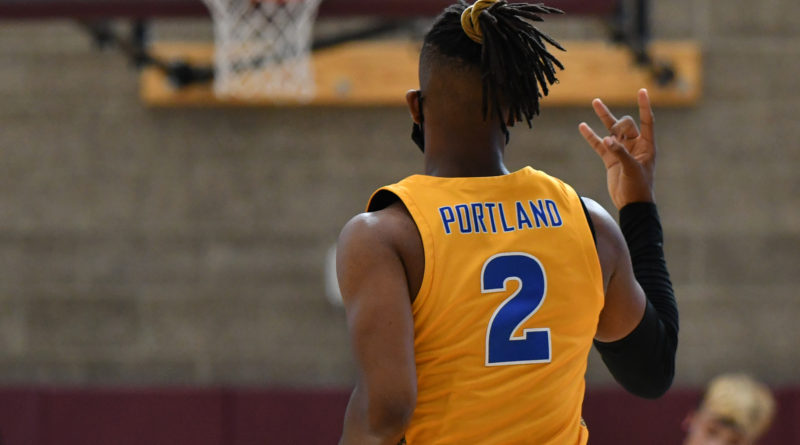 After Jefferson won the Blue Bracket of the Oregon high school boys basketball culminating tournaments, two of the team’s standouts were asked about their future.

Mookie Cook, a sophomore and one of the top recruits in the nation, said this was his last season with Jefferson. He is, indeed, planning on attending a prep school in Arizona.

Lamar Washington, a junior who led the Democrats with 32 points in the championship game Thursday, said he was still undecided. In fact, he said the decision would be in God’s hands.

Jefferson coach Pat Strickland said he just wants both players to be happy, no matter where they are playing high school basketball next season.

There will be some meetings, naturally.

Strickland said he is not going to try to talk anyone in to staying just for the sake of staying.

“I’m just going to sit down and have end-of-the-season talks like I do, and we’ll see where it goes,” Strickland said. “With those guys, I want them to be happy. It’s a big decision for them, and I just hope they make the right decision.”

Jefferson used a different look on the back of its basketball jerseys.

Some teams go with the last names of players.

Some go with the school nickname.

Instead, all of the Jefferson players were proudly displaying PORTLAND.

“The Portland on the back of the jerseys is new,” Jefferson coach Pat Strickland said. “Just something I did. I wanted to represent Portland. Jefferson is right in the heart of Portland. The guys, when they first saw the jerseys, they really liked it. I think we’ll put it on all of our jerseys from here on out.”