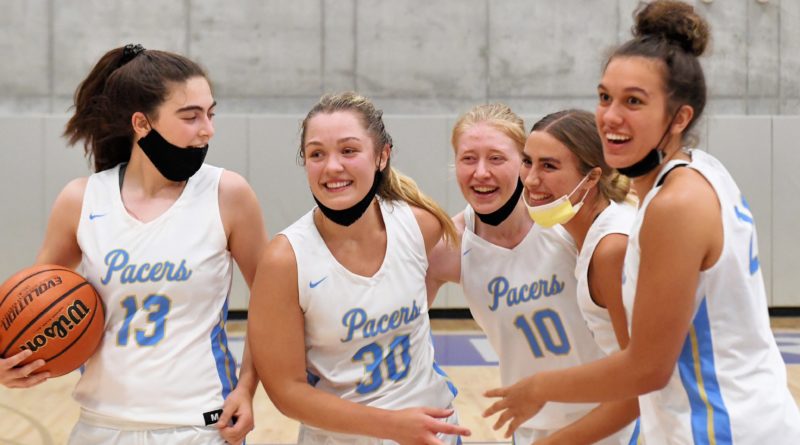 Losses were common. Blowouts became normal. From 2015 to 2017, the Pacers didn’t win a single league game, going 0-48 in the Three Rivers League over those three seasons.

Well, a new era is here and it’s looking to stay for a while. Lakeridge finished an incredible turnaround season with a 55-48 overtime victory over Barlow to win the White Bracket of Oregon’s culminating-week state tournaments Thursday at Grant High School.

The Pacers ended their campaign with a 13-2 record. Their three wins to secure the White Bracket championship were the program’s first postseason victories since 2005 — a gap of 16 years.

“My first year, they hadn’t won a game in probably over 10 years,” senior Addie Reardon said jokingly. “So, we’ve come real far from that. I just couldn’t be more proud of us. … We wanted to prove to ourselves that we’re a top-10 team.”

Despite a senior-heavy roster with eight total seniors, it was Lakeridge’s youngsters that proved to be the difference in overtime.

Sophomore Keelie O’Hollaren took over, scoring the first six points of the extra period, including a layup off an assist from junior Reese Ericson, to give the Pacers a 51-46 lead with 1:13 left.

O’Hollaren had a game-high 19 points, including 15 after halftime.

“I was just thinking, well, we got another chance to extend the season, so might as well make the best of it and make the most of it,” O’Hollaren said. “I noticed the first part of the game I was just standing around. I said I just need to get going and get moving to the basket.”

Her teammates and coaches weren’t surprised.

“She’s just a fantastic player,” Reardon said. “She has a lot of room to grow, and she’s going to do amazing things for this program.”

Lakeridge coach Jason Brown said O’Hollaren’s ceiling as a player is “way up there” after seeing her make a big leap since her freshman year.

“She’s worked so hard, even through the pandemic, getting in the gym and any court she could,” Brown said. “I will say, that pair of her and Reese, all six of those points came off great feeds from Reese. Those two working together has been outstanding. Keelie’s ceiling is very high and we’re really excited.”

Barlow pulled within 51-48 when sophomore Kennedie Shuler scored with 54 seconds to go, but Reardon sealed the win in her last high school game by making 4 of 5 free throw attempts in the final 30 seconds.

The Bruins, however, never quit and continued to battle throughout the contest. Barlow trailed by nine points in the second half and faced a 45-37 deficit with 3:58 left in the fourth.

They rallied with an 8-0 run to end regulation led by sophomore Annie Koenig, who tied the score on a layup through traffic with 9 seconds remaining.

Koenig scored 19 points to lead the Bruins, who simply “just ran out of gas” in overtime, according to coach Nick Hudson. Barlow went 1 for 6 from the field in overtime, while Lakeridge made all three of its field goal attempts.

“We battled and were right with them,” Hudson said. “It was a close game all the way through. We were maybe a little fatigued. We’re an outside-shooting team, and sometimes you go cold and that’s the way it goes.”

Barlow (13-3) also has undergone a significant turnaround under Hudson. In 2018, the Bruins were 45th of 51 teams in the OSAA rankings. In the three seasons since, they’ve gone 45-21 and become a contender in the Mt. Hood Conference alongside Clackamas and Central Catholic.

“There’s a young group of girls that love playing basketball,” Hudson said. “It’s a good mix of older girls who also love to play basketball, so it’s been great. I was in a unique opportunity because I was their middle school PE teacher, and I was like, ‘Wow, you don’t see a lot of girls in the Gresham area who love basketball.’ And maybe if it works out, I can apply, and it just happened to work out.”

For Lakeridge, the biggest question now is whether the program can continue the momentum it’s built and become a perennial threat in a tough TRL. The Pacers got their signature win when they handed Tualatin its only league loss June 5.

“We’re on the up and up,” O’Hollaren said. “I’m excited to see what we do next year. I know we’re losing people (to graduation), but I still think we’re going to be strong. Just that change from where we used to be to where we are now, it just shows the improvement we’ve made as a team and program.

“People underestimate us because of where we used to be, and we’re not that team anymore.”

To end the season with a championship and experience postseason success for the first time since some of the players were 1 or 2 years old is something that gives Brown optimism heading to next season.

“Our growth is only going to continue,” Brown said. “Obviously we lose some key pieces and some seniors. But with the youth we’re bringing back, we’ve got a real good core coming back that we’re going to be solid. The confidence we built from these three (tournament) games alone is going to be huge.”