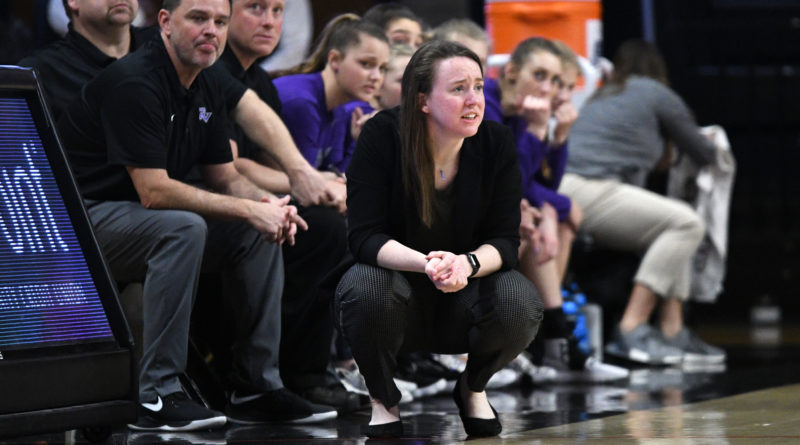 SBLive Oregon is breaking down more than 100 Oregon high school basketball teams. Here’s our look at the Ridgeview Ravens girls of the Class 5A Intermountain Conference.

Playoffs: Beat Putnam 56-52 in first round; lost 73-26 to Silverton in quarterfinals; lost 62-37 to Churchill in consolation semifinals

The Intermountain player of the year last season (13 points, 7.8 rebounds, 2.1 steals per game) and second-team Class 5A all-state pick also is a top rodeo cowgirl, ranking No. 5 in the state in goat tying with three victories this season. She’ll miss one game this spring for the state rodeo championships, but the College of Idaho signee is committed to making the most of her final high school season. “I honestly wasn’t sure if she’d play, but she’s making it work, and it’s good to have her back,” Love said. “She’s a tweener who, if a post is guarding her, she’ll beat them to the hole, and if it’s a guard, she bullies them in the post and crashes the offensive boards hard.”

Albrecht was a first-team all-IMC selection last season, averaging 10.5 points, four rebounds and 3.2 steals per game, and she’ll be a worthy successor to Pentzer as the team’s focal point next season. Love calls her the team’s best all-around player. “We asked a lot of her on the defensive end last year and expect the same from her this year, but we also expect her to be up there with Paige as a leading scorer,” Love said.

Davis was a starter for most of her sophomore season, averaging 3.8 points, 3.2 rebounds and 1.3 blocks per game, and she might be the team’s most improved player this spring — a big thing for a team with very little size otherwise and needing to replace Clark in the middle. “She put a lot of time in the gym during this long offseason, and she’s starting to understand how to use her body to her advantage,” Love said. “She’s trying to fill Alaina’s shoes, so her developing a scoring mentality will be huge.”

Gates came off the bench for spot minutes last season. She’s a glue player who sets the example for other players. “She always works hard, and she’s a communicator,” Love said. “She loves to talk, and that’s a focus for us this year.”

The Ravens had been knocking on the door of their first state tournament berth before finally busting through last March after Love, a 2008 Mountain View graduate who played collegiately at Blue Mountain, Linn-Benton and Concordia in Portland, took over for Shan Hartford after serving as an assistant the previous two years.

Love, who moved back to Central Oregon to help run N the Zone, her parents’ custom screen printing and embroidery shop in Bend, now hopes to build off that first tournament experience while making the most of Pentzer’s final six weeks in the program.

One area the Ravens hope to improve this spring is on the defensive end. They allowed nearly 50 points per game last season, and Love felt they were exposed by their two opponents at Gill Coliseum.

“We tried to run our 1-3-1 against Silverton, and we had been successful with it in league play,” Love said. “But playing Silverton was an eye-opening experience. We struggled against them. I think if we can do a better job teaching the fundamentals and playing team defense, that’s our main goal this year.”

The Ravens suffered a big loss before the season when Sargent, their three-year starter at point guard who earned all-IMC honorable mention as a junior, tore her ACL. Love will mix and match at the point, with Albrecht splitting time with a couple of sophomores who swung between JV and varsity last season, Laci Pentzer (Paige’s younger sister) and Brooklyn Homan.

Another sophomore moving up to play a major role this spring is Lauren Harding, and Love expects all three to add outside scoring punch. If Davis can adjust to a bigger role in the post, the Ravens can have a productive spring and be ready for another state tournament run in the winter.

“Don’t get me wrong — when I was playing in high school and college, I was an offensive-minded player. But now that I’m a coach, I want to spend more time working on the defensive end. We want to focus on the fundamentals, and this short six-week season is a good time to start working on that.” — Alicia Love