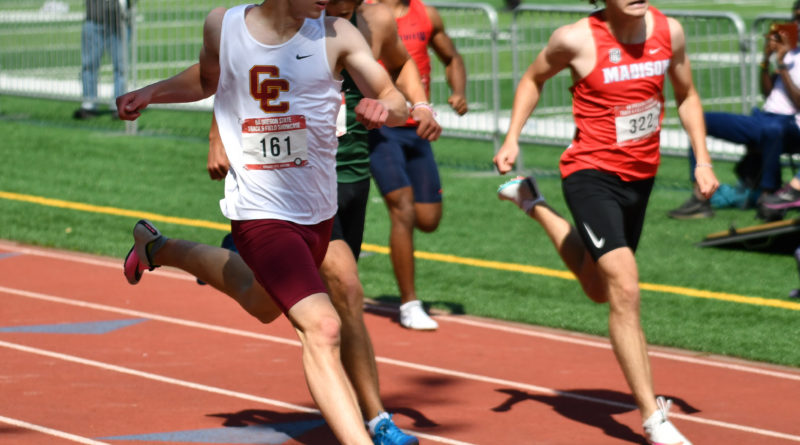 Both a test of will and spirit, and Liam Shores is pretty darn good at both distances.

No matter which one he likes more, Shores is a champion in both races.

After winning the 400 earlier in the meet, Shores made it two-for-two, as he ran to victory in the 200 at the Oregon 6A Track and Field Showcase, held Saturday at Pioneer Memorial Stadium in Oregon City.

Shores, powering his way through the turn, triumphed in the 200 in a time of 22.52 seconds.

“The start is usually my worst part, so I knew if I was in good position after that, I’d be able to win,” Shores said. “There must have been a headwind, or something, because the times were kind of slow. But I felt like I was going pretty fast.”

While Shores entered the meet looking to win both races, he wasn’t sure what was going to happen at the start of the season.

“I didn’t think so at the beginning of the season,” Shores said of the possibility of winning both events. “We had no idea what was going to happen this year, after missing last year. I didn’t know what I was capable of.”

McDaniel sophomore Finn Quinn was a close second in the 200 with his mark of 22.67. West Salem senior Alec Dyson finished third at 22.69, and Canby senior Kyle Sandner was fourth with a time of 22.86.