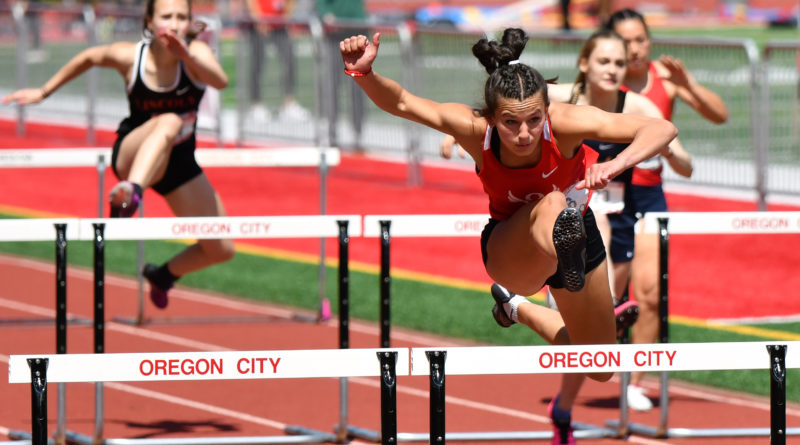 It wasn’t a perfect race.

It didn’t go without a flaw.

But with the way Harley Daniel was running, it didn’t matter.

Daniel, an Oregon City junior, hit her arm on a hurdle early in the race, but she still powered her way to victory in the 100-meter high hurdles event at the Oregon 6A Track and Field Showcase, held Saturday at Pioneer Memorial Stadium in Oregon City.

“It means everything,” Daniel said of her victory. “There was a lot of hard work put toward this.”

With all of that hard work behind her, Daniel wasn’t about to let any obstacle stand in her way.

“I hit my arm, probably on third or fourth hurdle,” Daniel said. “It affected me a little, but I just kept running.”

And she kept running strong, winning the race in a time of 14.52 seconds.

“Not my best time, but I can’t complain,” Daniel said. “I was very happy. I was just really excited.”

Daniel was pushed throughout the race by Sherwood senior Joley Sproul.

“She’s really good,” Daniel said. “We pushed each other. That helped a ton.”

Daniel also was happy she was able to help the Pioneers girls team in the race for the team title.