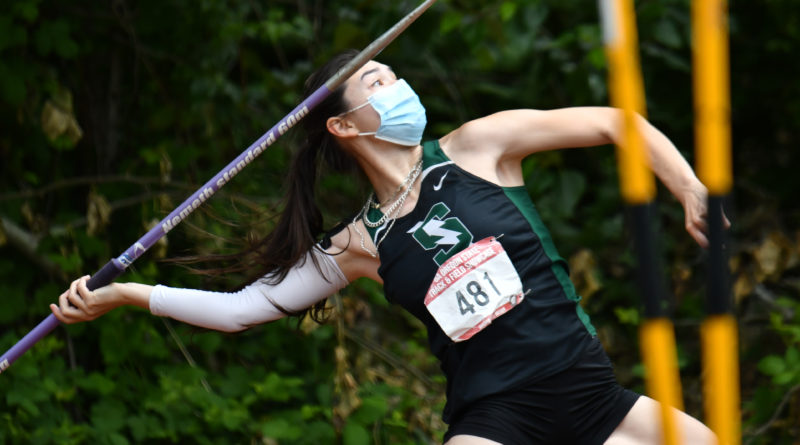 Kohana Nakato just wanted to have some fun.

The Summit senior also wanted to help her teammates.

Well, Nakato certainly did both of those things. And, oh yeah, she also won a championship.

Nakato, starting strong and staying consistent throughout, triumphed in the girls javelin event at the Oregon 6A Track and Field Showcase, held Saturday at Pioneer Memorial Stadium in Oregon City.

“It means a lot. I was hoping to just really have fun and have a good day,” Nakato said. “I really mainly focused on just scoring for the team. That’s what I really had on my mind — my teammates.”

Nakato won the event with a throw of 155 feet, 1 inch, coming on her first attempt of the competition.

“It just felt really good,” Nakato said of her winning throw. “I just wanted to kill my nerves, and at least throw one pretty well. I was just thinking of throwing it.”

“Throughout the entire session I was really consistent, and I was happy about that,” Nakato said.

She also seemed to be having a good time while making the big throws.

“Having fun is my top priority, especially since I’m a senior,” Nakato said. “I just want to have the most fun that I can.”

“We’ve worked throughout this entire time,” Nakato said. “We’ve been progressing really well. So, this day means a lot to all of us.”

St. Mary’s Academy senior Isabelle Esler was second in the javelin with a mark of 148-8. Benson sophomore Kyeese Hollands was third at 142-11.