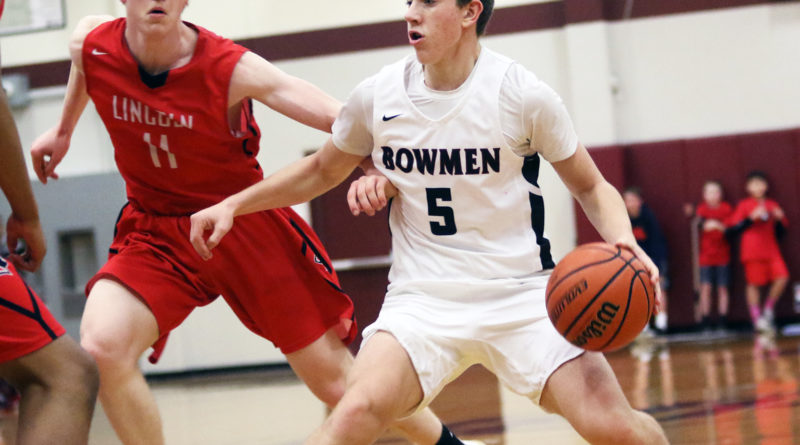 Over the next two weeks, SBLive Oregon will break down more than 100 Oregon high school basketball teams. Here’s our look at the Sherwood Bowmen boys of the Class 6A Pacific Conference.

Playoffs: Beat Gresham 65-64 in OT in first round; lost 86-69 to Jefferson in second round

Krauel was the Pacific Conference defensive player of the year, but his season highlight came in the first quarter of a February game against McMinnville when he set the state record for points in a quarter, scoring 30 and hitting eight three-pointers in the period. He averaged 12 points and 3.3 rebounds per game while shooting 43 percent from three-point range. He is one of the nation’s top recruits in the javelin, having thrown a career-best 193 feet, 7 inches, this spring.

Summers joins the Bowmen after starring for Carson High in Carson City, Nev., leading the Sierra League in scoring last season at just over 18 points per game, shooting 37.6 percent from three-point range and making 68 threes (2.8 per game). The all-Northern Region point guard also averaged 3.5 assists, three rebounds and 2.1 steals and will fit right in with Sherwood’s perimeter-oriented attack. “He’s an elite shooter who can light it up from deep,” Tufts said.

Davis last season ranked among the state leaders in three-pointers per game, making 72 of his 188 attempts (38 percent) while averaging 9.8 points and making the all-Pacific second team.

Kullowatz does a lot of the dirty work for the Bowmen, leading the team in charges taken while averaging seven points, five rebounds and 2.6 assists per game as a sophomore. He received all-Pacific honorable mention.

Bergstrom was one of the first players off the bench for Sherwood last season, a lockdown defender who can knock down the three-pointer. Tufts said he’ll play a big role on the team this spring.

On the Bowmen’s guard-heavy roster, Caudle’s skill set comes in handy — he is more of a penetrator who looks to get into the paint and finish around the rim. “Owen is an explosive guard and a great on-ball defender,” Tufts said. “He will be a difference maker on both ends.”

The Bowmen last season came up just short of making their first state tournament appearance since 2014, when they were in Class 5A, falling at PIL champion Jefferson in the second round.

“We gave them a great game but just couldn’t get over their height advantage on the boards,” Tufts said. “Our goal was to get to the Final 8 and we came short of that, but we had a phenomenal season.”

Sherwood graduated first-team all-state point guard Guerra and all-state honorable mention post Jensen, both now playing at Oregon Tech. The addition of Summers from Nevada should ease the blow of Guerra’s departure, although Guerra’s calming presence and leadership will be hard to replace.

The more difficult task, though, will be finding someone to duplicate what Jensen did for the Bowmen, who were not very big even with the 6-6 center manning the middle. Zack Ariza, a 6-4 senior who backed up Jensen last season, and 6-0 senior Jase Derry, whom Tufts called “super crafty and physical, an elite defender who can defend every position,” will get first crack.

“A realistic goal for this year would be to win the league and fight for a chance to get to the Final 8 again. Some would say it’s a stretch, but I feel like it would be realistic to reach the Final 8. I truly feel like we have the pieces to compete with anyone in the state.” — Rahim Tufts