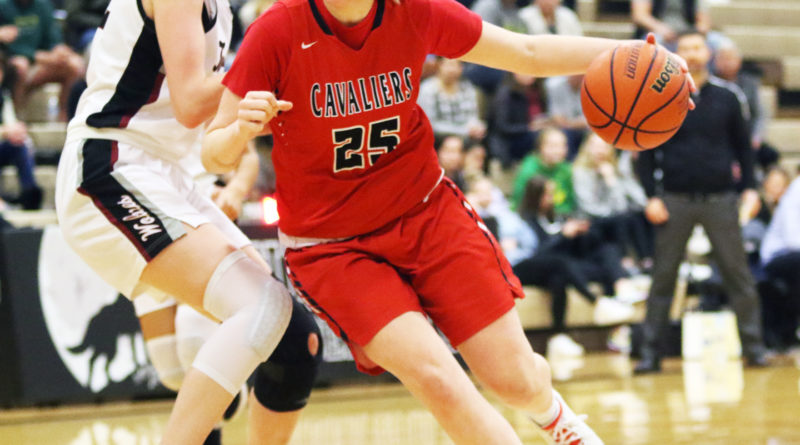 Over the next two weeks, SBLive Oregon will break down more than 100 Oregon high school basketball teams. Here’s our look at the Clackamas Cavaliers girls of the Class 6A Mt. Hood Conference.

Playoffs: Lost to Tualatin in first round

Benedict shared the team lead in scoring last season with 9.7 points per game in league play. “She shoots well behind the arc, and she’s a really good passer who finds people in spots where it’s a little unexpected,” Landolt said.

Garcia also put up 9.7 points per game. “She’s a dynamite shooter outside, and she has really worked hard on her mid-range game,” Landolt said.

Mogel cracked the varsity lineup her freshman year at 5A powerhouse La Salle Prep, helping the Falcons to a share of the Northwest Oregon Conference title. She was part of a group of young Falcons to transfer to Clackamas last summer. “She has put a lot of work in with her club team, Northwest Select,” Landolt said. “She has a quick first step, attacks the basket and is a smart player.”

After-school basketball practice has turned into a chemistry class at Clackamas with Landolt trying to mix an influx of young transfers from La Salle Prep with a veteran group of returning seniors.

“They are a group of really savvy players who have been sponges taking it all in,” Landolt said.

“Our program is big on legacy and tradition, and this is a chance for these seniors to pass the torch.”

Adding to an already chaotic season is the fact that another group of players likely will be leaving this summer with the new Adrienne Nelson High (about three miles east) fielding its first batch of teams in the fall.

“It’s been a weird year, but we promote, ‘One Team, One Family’,” Landolt said.

“We want to be up-tempo — pass and move. We want to get to the hoop with quick possessions and fly around the court and create chaos on defense.” — Korey Landolt