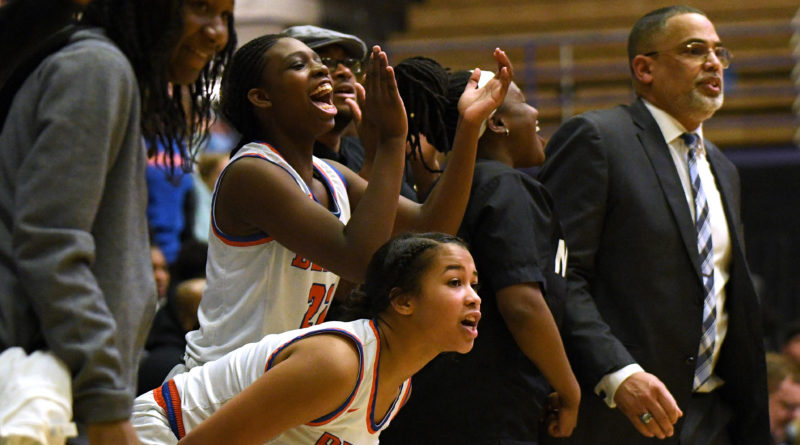 Over the next two weeks, SBLive Oregon will break down more than 100 Oregon high school basketball teams. Here’s our look at the Benson Techsters girls of the Class 6A Portland Interscholastic League.

Brown was an immediate star for the Techsters, averaging eight points, four rebounds and two steals per game as a freshman. A second-team all-PIL pick last season, Brown is on track to collect many more honors. “Onna will anchor this group and provide varsity experience,” Knox said.

LeSueur put up four points, three rebounds and two steals per game as a freshman and will take on a bigger offensive load this spring. “Malaya is a lockdown defender and plays at a high level,” Knox said.

The Techsters have had several impact freshmen under Knox, and the 6-foot-3 Chandler-Roberts is likely to join the list. Chandler-Roberts already is drawing recruiting interest from Arizona State, Duke, Louisville and others, Knox said. “She may be the best freshman in the state of Oregon,” Knox added.

Another talented freshman, Hashemian-Orr is an advanced point guard who will be given the keys to Benson’s offense. “She is an extremely crafty point guard who plays with a high motor,” Knox said.

Knox knows how to take a roster full of hungry young talent and cultivate a championship environment.

In 2015, the Techsters played several freshmen on a team that won 19 games and shared second place in the PIL. Benson earned a PIL co-championship the following year, reached the state title game in 2018 and blew out Southridge in the 2019 final with four-year stars Ciera Ellington, Tayler Lyday and others leading the way.

Despite several key departures, Benson shared the PIL title with Grant last winter for the third time in the past four seasons. Stars Ajae Yoakum and Bria Dixson have moved on, but the Techsters once again are stocked with a roster full of freshmen and sophomores eager to pave their own path.

“This group has a chance at being as good as the 2019 state championship team if they come together and play for something bigger than themselves,” Knox said.

The overwhelming basketball ability at Benson is undeniable, and Knox believes the group’s youth is both a strength and a weakness. The unusual spring season is a perfect opportunity for the team to earn some stripes and build chemistry with a bright future ahead.

“We are young, so time is on our side to grow and develop … but speeding up experience is impossible no matter how talented we are,” Knox said. “But we are a talented group that is eager to learn.”

“In the pandemic, our hopes are to get our kids back in the gym working out and practicing together, then play a shortened season and basically gain much-needed experience in order to prepare for the 2021-2022 winter season.” — Eric Knox