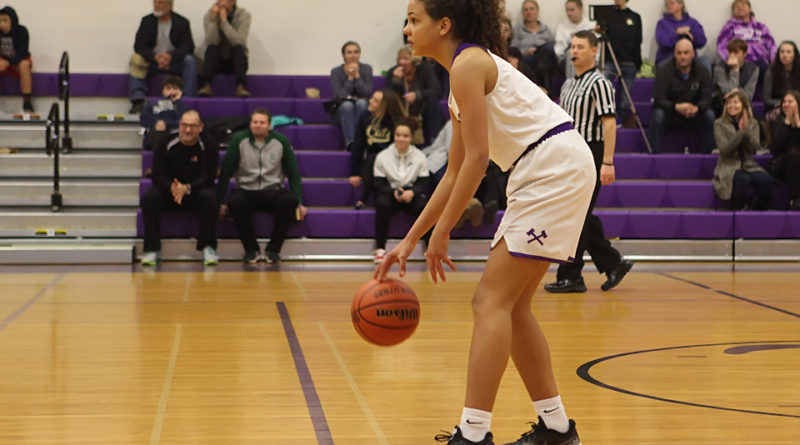 Over the next two weeks, SBLive Oregon will break down more than 100 Oregon high school basketball teams. Here’s our look at the South Eugene Axe girls of the Class 6A Southwest Conference.

Playoffs: Lost 54-29 to Mountainside in first round

Megert is an aggressive score-first point guard who made the all-SWC first team as a sophomore, averaging a team-high 11.9 points per game to go with 3.3 rebounds and 2.2 assists. “She is constantly working at her game,” O’Brien said. “It is no coincidence that she is one of the best players in the league.”

Harris was a defense-first wing last season, often drawing the assignment of guarding the opposition’s best player, and the third-year starter averaged 7.5 points, 2.6 rebounds and 1.4 steals per game en route to first-team all-SWC recognition. She spent the offseason “working on developing a scorer’s mentality and using her athleticism to get to the basket,” O’Brien said. “When she is aggressive, she is very hard to guard.”

Bryant battles much bigger posts, holding her own more often than not — she grabbed a team-high 6.4 rebounds per game last season to go with 5.2 points. “She is so reliable and unassuming,” O’Brien said. “She works relentlessly hard on both ends rebounding the ball.”

Jensen played in more than half of South Eugene’s games last season swinging between JV and varsity and will be counted upon to become a major contributor this spring. “She is a scorer who has worked on adding more offensive threats other than the three-point shot to her game,” O’Brien said.

Glenzel, also a standout volleyball player, contributed more than her stat line (5.7 points, 3.2 rebounds per game; team-high 39 steals) indicates. “She is our most productive player per minutes played,” O’Brien said. “She is so athletic and always seems to provide a spark with either a steal or block or by taking a charge. This year, her production should continue to rise as she sees consistently more court time.”

O’Brien directed South Eugene to the program’s first postseason appearance since 2013, but the players still felt a bit unsatisfied after their first-round loss to Mountainside.

“We had a goal of making the playoffs and we did that,” she said. “But, we also recognize that we lost some very winnable games earlier in the season that cost us a better ranking, and we are determined to not have those lapses again this year.”

The Axe return their starting backcourt of Megert and Harris, who both made the all-conference first team as sophomores. Bryant and Glenzel showed significant improvement last season.

O’Brien believes she has a capable replacement for second-leading scorer Lewis (7.7 points per game, 27 steals, team-high 23 blocks) in freshman Addie Ruckwardt, who like Lewis has the potential to create mismatches with her strength and ability to finish around the basket.

“With the revised league, I believe we are capable of finishing in the top three. Our goal would be to at least split our games with Sheldon and Churchill. We would have to handle pressure defenses and not turn the ball over and make free throws.” — Tash O’Brien