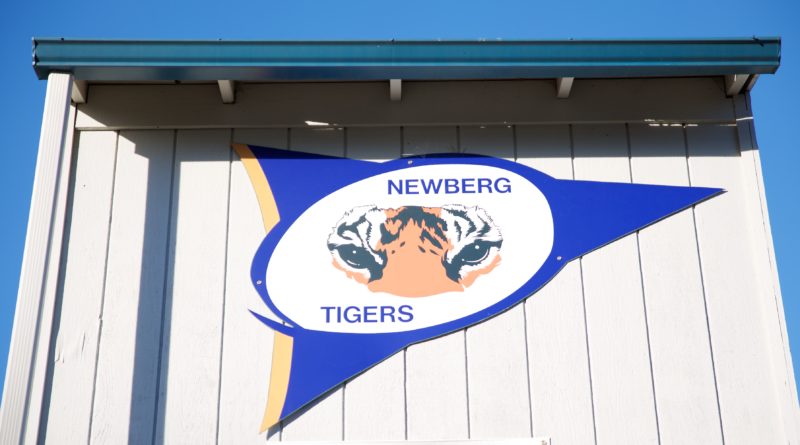 Over the next two weeks, SBLive Oregon will break down more than 100 Oregon high school basketball teams. Here’s our look at the Newberg Tigers boys of the Class 6A Pacific Conference.

Playoffs: Lost 58-37 to South Salem in first round

Lanier, a first-team all-Pacific selection last season, presents matchup problems for whoever guards him with his length and athleticism. He led the Tigers in scoring at 9.6 points per game and shot 60.8 percent from the field. “He is a knock-down perimeter shooter and strong presence in the post,” Brown said.

An honorable mention all-Pacific selection as a junior, the point guard did a little of everything for the Tigers, averaging 6.1 points, 4.1 rebounds, two assists and 1.3 steals per game. “Corban is a dynamic point guard with good size,” Brown said. “He is able to run the offense while also providing scoring. He can shoot the perimeter shot but is best when attacking and finishing at the rim.”

Brooks is perhaps the team’s top three-point threat, a catch-and-shoot player who shot 36.8 percent from beyond the arc last season while averaging 6.5 points per game. “He is capable of hitting multiple threes in a game and draws a lot of attention from the defense,” Brown said. “If he catches with space, he is a high-percentage shooter.”

Byles was a dynamic playmaker off the bench last season, averaging 4.8 points per game. “He is capable of hitting both the perimeter and mid-range pullup shot,” Brown said. “Sol is explosive off the dribble and a strong finisher at the rim.”

Jackson provides spacing as a three-point threat, making 35.7 percent of his three-pointers last season and averaging 3.5 points per game. “Caleb will be a key perimeter shooter for us out of our drive-and-kick action,” Brown said.

The Tigers overachieved a bit last season, winning their most games and posting their best conference finish since 2015-16 featuring a balanced attack in which no player averaged double figures but five scored between 6.1 and 9.6 points.

“We had a gritty team that was not afraid to go against any opponent,” Brown said.

Macris exemplified that grittiness, and Brown said his energy and spark will be difficult to replace, especially on defense, where he led the team in steals (45) and deflections (27).

The Tigers will be a perimeter-oriented team this spring, which plays into their strengths.

“We want to play free and fast,” Brown said. “We want to get the ball out quick in transition and attack before the defense gets set.”

“This team has an opportunity to compete as one of the better teams in our league. We would love to be competing for a league title by the end of the season. We have some good returning players, as well as some new guys who will complement our rotation well.” — Mark Brown