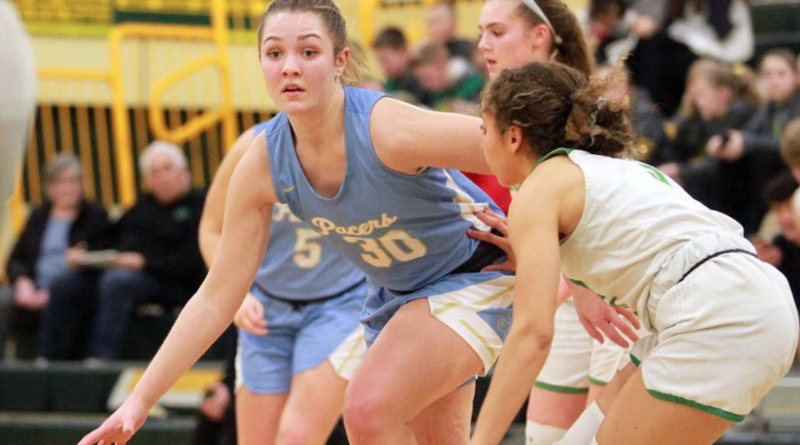 Over the next two weeks, SBLive Oregon will break down more than 100 Oregon high school basketball teams. Here’s our look at the Lakeridge Pacers girls of the Class 6A Three Rivers League.

A second-team all-TRL pick as a junior, Reardon is entering her third season as a starter. The Puget Sound commit is a tenacious defender and the heart and soul of Lakeridge’s team, Brown said. “She is a great teammate and a great leader,” Brown added. “She rebounds, shares the ball and is selfless. It’s a coach’s dream to have someone like her on the roster.”

Ericson is a returning starter at point guard who brings a calm presence to Lakeridge. As a sophomore, Ericson received all-TRL honorable mention. “She settles us on offense and has really improved her court vision and her shot,” Brown said. “She has a really high basketball IQ and is another great leader for us.”

O’Hollaren stepped into the starting lineup last season after Rose Daniels went down with an injury and averaged 10 points and five rebounds per game. She is slated to be a key piece for the Pacers as a sophomore. “We’ve got a feeling that we’re a long way from seeing her ceiling,” Brown said. “She can really shoot it and she’s starting to figure out angles and how to read defenses.”

Daniels has multiple years of varsity experience and is another strong all-around guard for Lakeridge. She will play college basketball for Pacific. “She is a good shooter and great on-ball defender, probably the best on-ball defender we have,” Brown said. “She also anticipates really well.”

Lakeridge continued its steady improvement under Brown last season, finishing with a winning record and earning a third consecutive postseason appearance. Brown was voted Three Rivers coach of the year after the Pacers won three of their final five league games.

Second-team all-TRL pick Abbi Fedrizzi has moved on, but Lakeridge returns seven seniors and brings back a couple of experienced young guards in Ericson and O’Hollaren.

“I think pretty highly of this group,” Brown said. “In a normal year, I think we’d be feeling really good about making a run.”

Reardon is one of the top returning players in a loaded TRL. Brown also noted that several of his players became more involved in the club scene during the offseason, when COVID-19 restrictions limited normal practice time.

“With our lack of time in the gym, you know the skill level has improved, but how that has translated to how well we will compete — to be determined,” Brown said. “With everything we bring back, a lot of it is stuff that we’ve been doing. Now, doing it better is the goal.”

The top of the TRL is as tough as ever with the likes of West Linn and Tualatin leading the way. In a regular league season, Lakeridge likely would have been in position to move up from last year’s sixth-place finish. Instead, the Pacers will settle for the opportunity to play as many games as possible.

“Obviously we want to win all of our games, and we just want to get better every game,” Brown said. “It’s been a tough year for everybody, so we want to get back in the gym and work hard and compete and have a lot of fun doing it.”

“I’d love to tell you that we are going to win so many games and this and that, but we’re just not there yet. Don’t get me wrong, we’re going to be as competitive as all getup, but this league is a gauntlet.” — Jason Brown