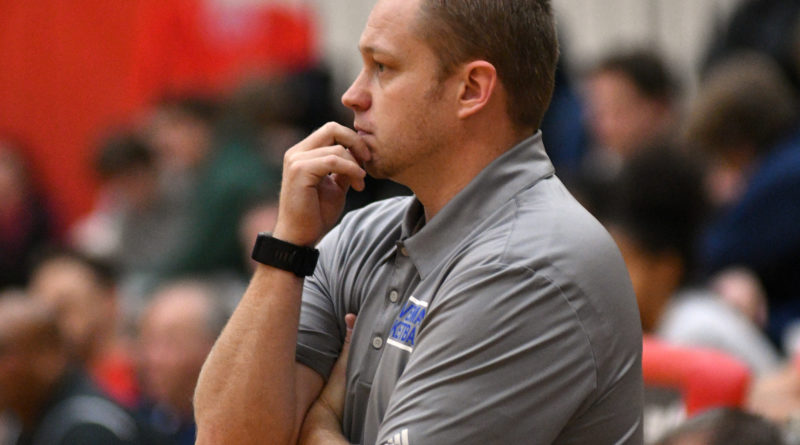 Over the next two weeks, SBLive Oregon will break down more than 100 Oregon high school basketball teams. Here’s our look at the Grants Pass Cavemen boys of the Class 6A Southwest Conference.

Playoffs: Lost 62-39 to Westview in first round

Anderson is the one returner who received significant playing time last season for the Cavemen, and he’ll be counted upon to be a veteran leader this spring. “Trent is a very aggressive offensive player with the ability to finish at the basket and knock down the three-ball,” York said.

Ziegler swung between the JV and varsity teams last season as a low-post scorer who has a shooting range out to 15 feet.

Robertson is one of several JV and freshman players from last season who will move up this spring to fill the many holes left by the graduation of eight players. “He’s one of our basketball-only kids and has the size and athletic ability to play at the varsity level,” York said.

The Cavemen last season returned to the state playoffs after a one-year absence, but for the second consecutive season, they enter with a roster decimated by graduation. They also lost Law, a 6-0 senior guard who transferred to Cascade Christian.

“Collectively, we lost a lot of leadership and toughness that will be very difficult to replace,” York said.

York said he has up to 10 players coming through the ranks from last season’s JV and freshman teams who he hopes will fill the gaps around his lone senior (Ziegler) and handful of juniors who return. Ziegler also is the only true post on the roster, which fits York’s preferred style of playing pressure half-court defense and getting out in transition.

“Our goal is a top-three finish in our conference. To do this, we must be solid on defense and with our limited size, we have to be a great rebounding team. We need to be able to push a fast tempo and rely on depth and playing a lot of guys to do that.” — Tyler York