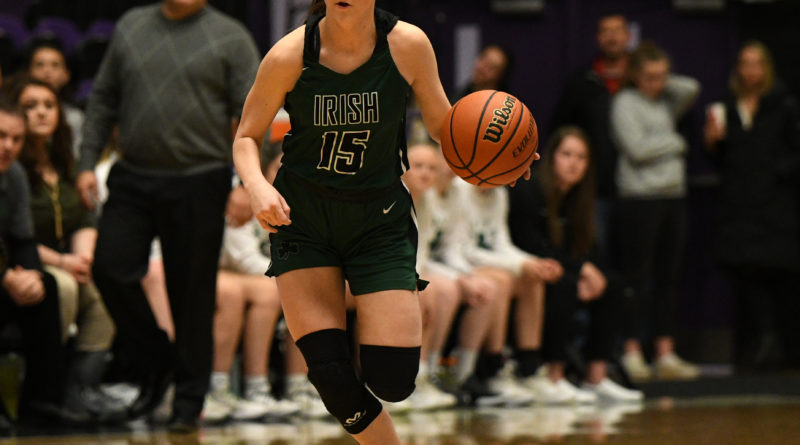 Over the next two weeks, SBLive Oregon will break down more than 100 Oregon high school basketball teams. Here’s our look at the Sheldon Irish girls of the Class 6A Southwest Conference.

Playoffs: Beat Lincoln 58-33 in first round; beat West Salem 47-29 in second round; lost 56-47 to South Medford in quarterfinals; beat McMinnville 51-20 in consolation semifinals

Pierzina will start for a third season at point guard as one of three returning Irish players who earned all-Southwest honorable mention last season, when she averaged five points, 3.3 assists and 2.7 steals per game while shooting 45 percent from the field. “Via’s extreme speed and quickness offer us an advantage on most teams,” Brancato said. “She has played with all-conference and all-state guards and was charged with getting the ball into their hands. This year, she will be expected to carry more of a scoring load.”

Bruegman became a key player in the rotation as a freshman, averaging 7.5 points, 6.2 rebounds and 1.9 steals per game, shooting nearly 50 percent from the field and earning all-SWC honorable mention. “She provided a spark off the bench for a veteran team, with her versatility, strength and determination often the difference in close games,” Brancato said. “She has worked on her outside game this offseason and will be what I believe is one of, if not the most, formidable inside-outside threats in the state.”

Sperry came off the bench to average 4.3 points and 1.3 steals last season, making the all-SWC honorable mention list. “Kiran is a very versatile athlete and can play four or five spots on any given night,” Brancato said. “Her leadership, versatility and ability to get her hands on the ball are important to who we are and what we try to do defensively.”

Starr transferred from Churchill, where she was a first-team Class 5A all-state selection and the Midwestern player of the year for the Lancers, averaging 17 points and 5.4 rebounds per game. “She’s an incredibly versatile player with Division I talent,” Brancato said. “Dani will be a big part of the Irish for the next two seasons.”

Wheeler, who has committed to San Diego Christian, will get the chance to show her stuff on the court with three all-conference players having graduated. Brancato called her “a versatile athlete who is an effective rebounder and has the ability to score from a variety of different positions.”

Rhode played behind two all-SWC guards in Mirabile and Scurlock, but the three-point sharpshooter will get her opportunity to shine this spring. “She also has the ability to get to the basket and has an uncanny ability to finish in traffic,” Brancato said.

The strong and athletic Harms adds another weapon to the already strong frontcourt. She can score at all three levels and hits the boards with abandon.

Another year, another trip to the Chiles Center for the Irish, who made it to the tournament for the third consecutive season and fifth time in the past six years — and they played the final game of the 2019-2020 season, finishing their consolation against McMinnville to advance to the trophy round just before the OSAA called off the rest of the tournament because of the COVID-19 pandemic.

They graduated Mirabile, who finished with more than 1,200 career points (third-leading scorer in school history) and is now at Bushnell, along with Kelty (Portland State) and four-year starter Scurlock (Southern Oregon), a trio that combined to average 31 points and 17 rebounds per game last season.

The Irish are in a position where they’re not rebuilding from those graduation losses but reloading for what they hope will be another run at a state tournament berth — either this year if one is held or in the 2021-22 season. They have three seniors led by three-year starter Pierzina who will bridge the gap to a younger group paced by Bruegman and Starr, who will be a star for the Irish for the next two seasons.

“Nothing is a stretch with this group. Our expectations are high.” — Brian Brancato