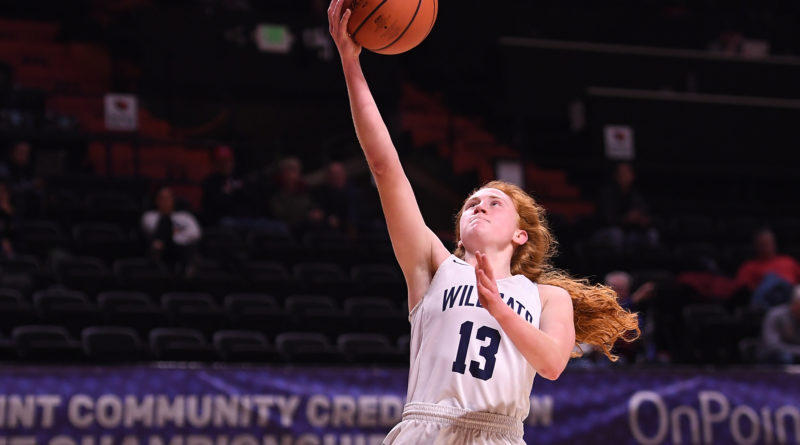 Over the next two weeks, SBLive Oregon will break down more than 100 Oregon high school basketball teams. Here’s our look at the Wilsonville Wildcats girls of the Class 5A Northwest Oregon Conference.

Burns is coming off a junior season in which she was named the Northwest Oregon Conference player of the year and received Class 5A first-team all-state honors. Burns, who has committed to play college basketball at Division I UC Davis, could be due for even bigger and better things as a senior. “Sydney is one of the best guards in Oregon and is part of a senior class that has elevated our program every year,” Duke said. “She is a dynamic playmaker on both ends of the court, and the culture and work ethic she has brought to the program will extend well beyond the next six weeks as she wraps up her high school career.”

Bishop, who has committed to Division I Northern Colorado, has collected many accolades at Wilsonville. She’s a two-time first-team all-Northwest Oregon Conference selection, as well as being a second-team all-state pick last year. “Emilia is one of the best post players in Oregon and runs the floor as well as any post we’ve seen in the last 10 years,” Duke said. “Emilia has made improvements to her game every year, and her leadership and ability to mentor our younger players is immeasurable.”

McNamee, who has committed to NAIA Hope International University in Fullerton, Calif., was an honorable mention all-Northwest Oregon Conference pick last year. “Keira is a do-it-all player for us that has filled every gap or need the last few seasons,” Duke said. “Keira would be the leading scorer on most teams, but her basketball IQ is so high that she has the ability to change her role from game to game based on the team’s needs. Keira will be an outstanding coach one day if she chooses to be.”

Borgen already has made an impact with the Wildcats, especially on defense. “Karina was a huge part of our varsity team last year as a sophomore and is our best defender,” Duke said. “She’s made big strides to her offensive game since the conclusion of last year and is someone we expect to score often and make plays for others.”

In a normal season, the talented Wilsonville team would be aiming for state gold. But, of course, this shortened 2021 campaign is anything but normal.

That said, while the Wildcats still should experience plenty of success this season, they’ve adjusted their objectives some.

“In a typical season, I would have expected this team to again compete for a state championship. They reached the semifinals last season, for the second year in a row, before the tournament was canceled and would have been one of the best teams in the state regardless of classification,” Duke said.

“Our goals for this short season are to recognize our seniors for their commitment to the program and allow them to compete together and represent Wilsonville on the court as many times as they’re allowed. We will also focus on sustaining the culture we’ve been able to create and prepare our younger players, notably our incoming freshmen, for what it takes to be successful at the high school level.”

“We’re going to enjoy every day we’re in the gym together. This past year has taught us all lessons on how quickly things can change and that we shouldn’t ever take for granted how special it is to be involved in team sports. It’s a privilege for us all to play and coach in this program, and we’ve talked a lot these past few years that winning state championships, or the number of games we win or lose together, wouldn’t be what defines us. This team is full of really good basketball players, but they are even better people off the court and we’re going to enjoy every minute we spend together.” — Justin Duke