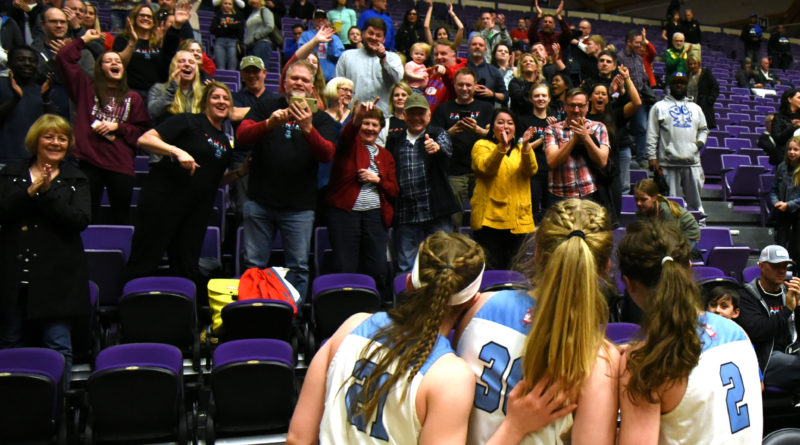 Over the next two weeks, SBLive Oregon will break down more than 100 Oregon high school basketball teams. Here’s our look at the South Salem Saxons girls of the Class 6A Mountain Valley Conference.

Playoffs: Beat David Douglas 83-55 in first round; beat Benson 65-57 in second round; beat McMinnville 59-45 in quarterfinals

Barram is a two-year starter on the JV team who will step into a much bigger role this season after making the playoff roster as a sophomore. “She is long and lanky, which makes her a great defender,” Lewis said. “She can also shoot the ball well.”

Another two-year starter on the JV team who made the postseason roster, Dalton is super athletic and willing to mix it up on the boards. “She runs the court well, and her pull-up jumper is tough to guard,” Lewis said.

Wadsworth will be the only senior on the roster this spring after swinging between JV and varsity each of the past two seasons. Lewis called her “one of the most athletic girls in my program, strong and athletic enough to play center but also quick enough to play a wing.”

Worst is a two-sport standout (she plays middle blocker in volleyball) who transferred from Cascade over the summer. With Fry having graduated early, Worst becomes the team’s best inside scoring threat and a shot-blocking presence in the middle.

The Saxons last season appeared poised to challenge for the fourth state championship in school history, reaching the semifinals behind first-team all-state point guard Hilary James and a talented starting five that thrived in the open court and pushed the pace whenever possible.

The pandemic halted their playoff run, then wreaked havoc on a roster that again could have contended for a title despite graduating three all-MVC players (Stafford, Olsen and Haytas).

With their top seven no longer around, opportunities are available for players stacked up at the JV level the past two years — players such as Barram and Dalton, who are projected to start in the backcourt.

“My program has been hit severely,” Lewis said. “I still have high hopes but a lot of inexperience this year. I’m excited to see some of these younger girls who were next in line to shine this season. They have been putting in the work, so we’ll be using this year as a way to build for next year, when, hopefully, we are back to normal.”

“We were one of the hottest teams in the state with a 19-game winning streak headed to the Final Four. Then the shutdown happened and it came all crashing down. Regardless, it was one that I will always remember and be thankful for. We really had a chance to win the whole thing, I believe.” — Adrian Lewis