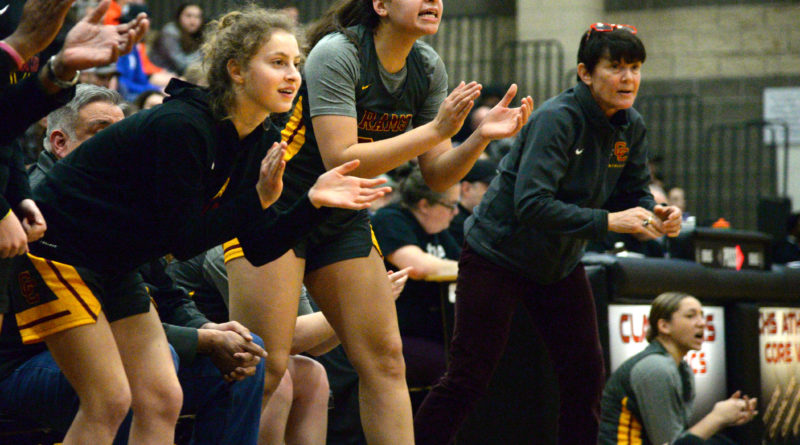 Over the next two weeks, SBLive Oregon will break down more than 100 Oregon high school basketball teams. Here’s our look at the Central Catholic Rams girls of the Class 6A Mt. Hood Conference.

Playoffs: Lost to Benson in first round

Hicks put up 6.9 points per game last season and will direct this year’s squad from the point guard spot. “She’s a great leader,” Dickerson said. “She sees the court well and is always talking with her teammates.”

Allen is the team’s top returning scorer after averaging 7.2 points per game as a sophomore. “She’s a great outside shooter who can move in both directions and can get to the rack,” Dickerson said.

Baker is a transfer from Cleveland. “She will be very strong inside and outside for us,” Dickerson said.

The Rams do not have a senior in this season’s lineup after graduating their top three scorers, including a league co-player of the year in Abby Cooper, who is playing at NCAA Division II Cal-State East Bay.

“We will still be doing what we do,” Dickerson said. “We’re pretty much a scrappy, running team.”

Central Catholic looks to keep a fast-paced attack with aggressive pressure defense — a pace that might be challenging in a compacted season that often will feature three games in a week.

“Fatigue becomes a factor, so how much we can press will have to be one of those things we learn along the way,” Dickerson said.

“The toughest part is that basketball is a game of chemistry. And with the short season, it’s going to be over about the time you would be developing that, so teams are going to need to get that chemistry quickly.” — Sandy Dickerson