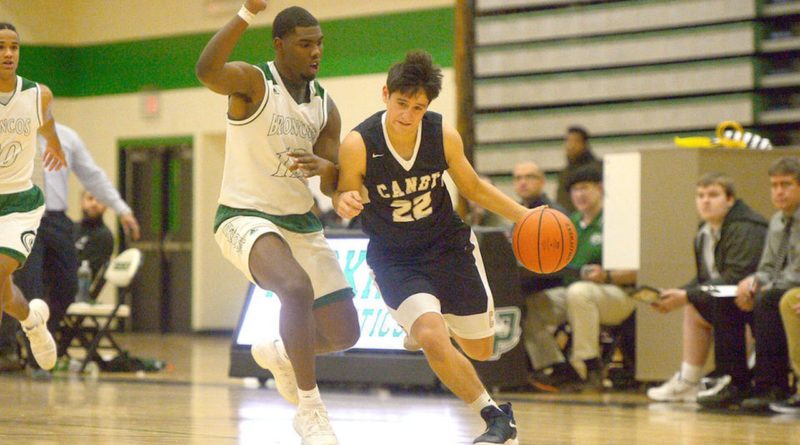 Over the next two weeks, SBLive Oregon will break down more than 100 Oregon high school basketball teams. Here’s our look at the Canby Cougars boys of the Class 6A Three Rivers League.

League record: 5-7 (tied for fourth place in 6A Three Rivers)

Arredondo, a varsity player since his freshman season, shined for Canby as a junior and received first-team all-Three Rivers honors. He was the Cougars’ scoring leader a season ago. “Diego was one of the top three-point shooters in percentage in the state last year,” Evans said.

Evans can play point guard or shooting guard and was an all-TRL honorable mention recipient as a sophomore. “He led our team in three-point percentage shooting,” Coach Evans said.

Bailey is one of Canby’s top interior players and was leading the team in rebounding before an injury caused him to miss the second half of last season. “He was our biggest defensive asset to the team … and a great all-around player,” Evans said.

Canby finished 5-7 in Three Rivers play last season, but the losing record is a bit misleading. The Cougars got off to a 3-0 start that included a win at Tigard before suffering four consecutive competitive losses. Five of Canby’s seven TRL losses were by 12 or fewer points, and the Cougars were within striking distance in the fourth quarter during their first-round playoff loss to Central Catholic, the program’s first state postseason appearance since 2016.

The team should be even better this spring as the Cougars return all five starters and their top seven players overall. Arredondo and Evans are two of the state’s deadliest three-point shooters, and Canby has plenty of other talent scattered throughout its roster.

“We are a very athletic team with a lot of experience at the varsity level,” Coach Evans said. “Our biggest strengths will definitely be team chemistry and shooting.”

In a normal winter season, Canby would have been poised to knock off a couple of Three Rivers heavyweights and make a deep postseason run. The veteran team still has plenty to play for in a season unlike any other.

“I think our seniors want to win and show how good they are as a team,” Evans said. “We should compete and win games with the top half of our very competitive league.”

“Our group’s biggest weakness would have to be size. We have some length but nobody on our team is above 6-foot-6.” — Craig Evans