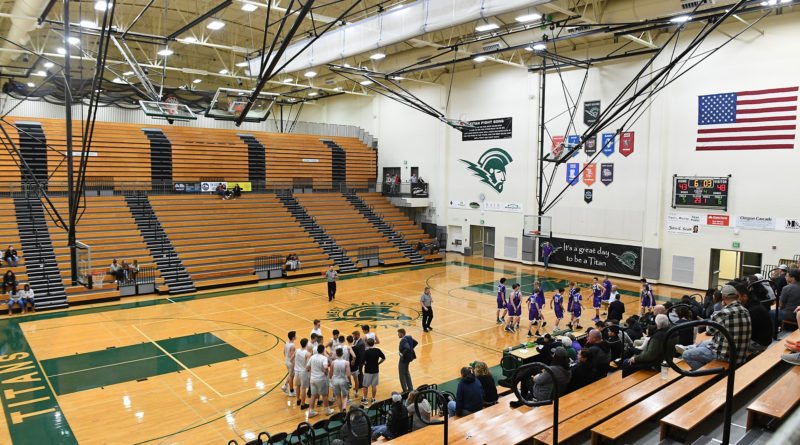 Over the next two weeks, SBLive Oregon will break down more than 100 Oregon high school basketball teams. Here’s our look at the West Salem Titans boys of the Class 6A Mountain Valley Conference.

Playoffs: Lost 76-59 to Barlow in first round

Whipple is a three-year starter for the Titans and led the team in rebounding last season, grabbing 6.9 per game while averaging 8.5 points (32.1 percent three-point shooting) in earning second-team all-MVC honors. “He’s been a leader in the program since his sophomore year,” Myers said. “He’s a big kid who can step out and shoot.”

Dyson is a long, lanky two-way player who made the all-MVC second team last season, averaging 11.5 points, 5.4 rebounds, 2.7 assists and 1.2 steals per game. “He can attack the rim hard off the dribble and can be a plus defender,” Myers said.

Ferguson, the son of Western Oregon football coach Arne Ferguson, transferred from Central of Independence last summer. He earned all-Mid-Willamette honorable mention as a sophomore with the Panthers. “Brooks has an easy athleticism to him,” Myers said. “He will step out to 17-18 feet and shoot.”

Breyman also transferred from Central, where he was an all-Mid-Willamette honorable mention pick. “He’s a point guard that can score, and he’ll be a plus defender as well,” Myers said.

The fates have not favored the Titans the past two years. The 2019-20 season derailed after winter break, with two rotation players lost to knee injuries, another transferring and a fourth choosing not to play while dealing with a personal issue. The result was their first sub-.500 season since 2013-14 and a quick exit from the 6A playoffs.

Like everyone else, they’ve dealt with the pandemic during this lengthy offseason, and Myers recently learned that two of his projected senior starters won’t be playing this spring — point guard Nate Garcia and post player Jackson Lowery.

West Salem will benefit, though, from two talented transfers joining the program and the return of 6-3 senior Jack Bennett from knee surgery.

The Titans will need to replace the 20 points per game they got from Scoggin and Lowery’s 15.8, but they have plenty of options to find scoring. Dyson also averaged double figures last season, while Whipple and Ferguson can take over the scoring load if needed. Bennett and 6-0 senior Carson Cogdill (four points per game last season) can provide a further scoring punch.

“We will need to … develop shooting. We could not shoot at a high enough level to be consistent last year. If our players spend (time) working, we have a chance to win.” — Travis Myers