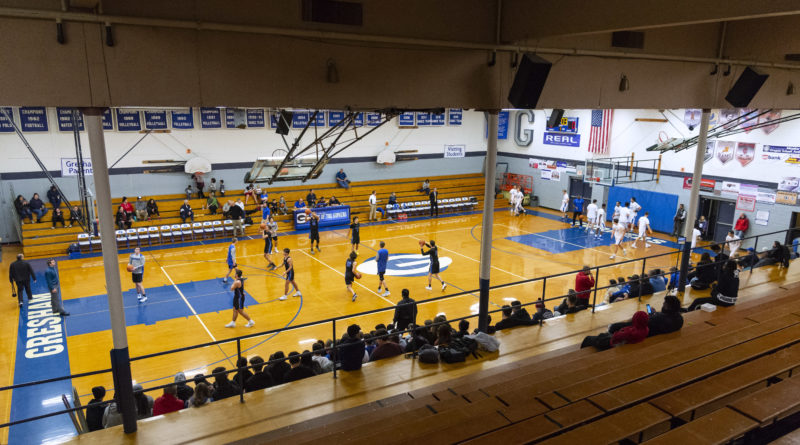 Over the next two weeks, SBLive Oregon will break down more than 100 Oregon high school basketball teams. Here’s our look at the Gresham Gophers boys of the Class 6A Mt. Hood Conference.

Playoffs: Lost to Sherwood in first round

Munyan is set to take on the scoring load for the Gophers after ranking second on the team at 10.8 points per game last season. “There were times where if we put the ball in his hands it was an instant bucket for us,” Lyslo said. “He’s easily the best athlete I’ve ever coached — he’s able to do so many different things.”

The creative point guard has honed his skills playing the elite club scene this past year, while also growing several inches from his rookie season. A weight room routine has added around 20 pounds to his frame, setting him up for a breakthrough sophomore season. “He’s been playing on the top travel teams in the state, and we’re seeing the results of that already in workouts. This kid has a ceiling that he hasn’t come close to yet,” Lyslo said.

Caro is capable of piling on the points quickly with a hot streak from beyond the arc. He came off the bench to lead the team in scoring several times and finished last season shooting 42 percent from three-point range. “When teams would focus elsewhere, we could move the ball around and find him, and he would knock down the shots,” Lyslo said.

“He’s the glue that keeps our group together,” Lyslo said. “He’s willing to accept any role on a given night.”

Although bands playing and full bleachers will not be allowed during this abbreviated season, the Gophers are enjoying their new gym and weight room, which were completed last summer.

“It’s been really great for the community, and the kids have enjoyed working out in there,” Lyslo said. “It will provide a nice home-court advantage when we can get back to packing the gym.”

Gresham expects post player Ethan Evans to miss the season after suffering an injury during football. Forward Drew Larsen transferred to Barlow during the offseason.

The Gophers, a playoff team the past two seasons, are looking to take that next step and climb above .500 in a season limited to league opponents.

“With our core group back, we have the ability to play fast as well as in the half-court,” Lyslo said. “With our younger players, you want the game to slow down for them and focus on efficiency.”

“Our senior guys missed the game so much, and they want to end their careers on a good note. The other side of it is that we have so many young guys looking to earn their spot, and this is 14-15 games to compete and get ready for November.” — Erik Lyslo