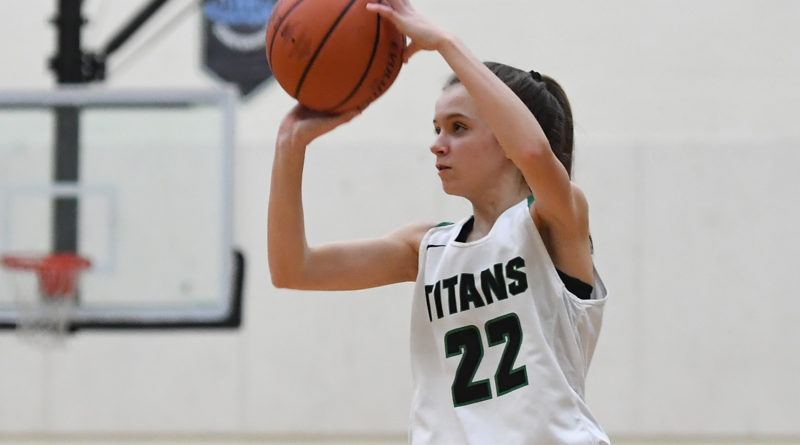 Over the next two weeks, SBLive Oregon will break down more than 100 Oregon high school basketball teams. Here’s our look at the West Salem Titans girls of the Class 6A Mountain Valley Conference.

Bennett was an instant starter as a freshman and finished the season as a second-team all-MVC selection and one of the Titans’ most consistent scorers (11 points, 4.9 rebounds per game). “Lizzy is very hard-working, can play inside or out, and will be a player that teams have a hard time defending,” Singleton said. “She has the potential to do big things in her high school career, and I am glad I have a front-row seat.”

Adams has the most experience of any player expected to turn out this spring, a returning starter and an all-MVC honorable mention selection who Singleton believes is ready to step into a leading role this spring. “Mya is an amazing shooter and has great finesse with her moves and finishing touch,” Singleton said. “I look forward to what this season has in store for her.”

Butler transferred from Sprague, where she earned all-MVC honorable mention as a sophomore. “She was a great player for Sprague, and we are excited to have her,” Singleton said.

For 16 seasons, the Titans have qualified for the state playoffs but missed out on the ultimate prize — a trip to the Chiles Center and the 6A tournament. Last year, they ran into Sheldon in Round 2 and lost in a rematch of a December nonleague matchup they’d won.

They would have definitely contended for a Chiles Center berth this season with four players who made the all-MVC team back and a fifth (Butler) transferring into the program, but two — Rudolph and Ailstock, both seniors — aren’t back for the abbreviated spring season.

That leaves openings that Singleton hopes to fill with youngsters moving up from a successful JV program.

“We lost a great class last year of juniors and seniors but have several girls ready to step up and fill some big shoes,” she said.

“We are very excited about the potential of this upcoming season. We are a young team, but from what I have seen, the girls have an incredible work ethic and high spirits for the current events. Our goal this year is to work hard, play with purpose and build up a young group of girls to be league contenders.” — Katie Singleton