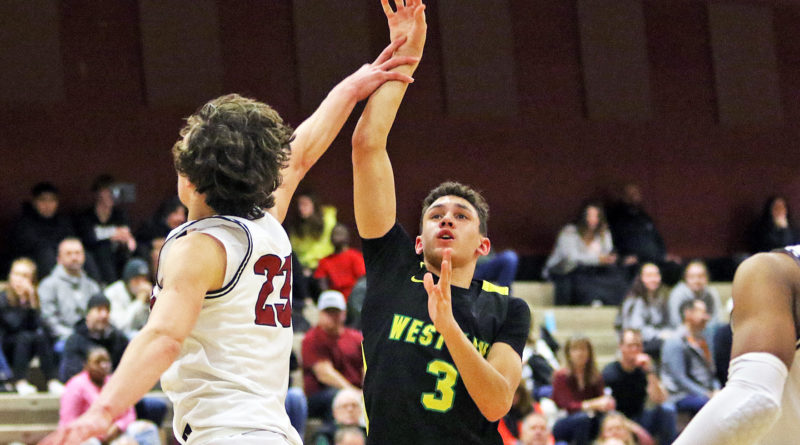 Over the next two weeks, SBLive Oregon will break down more than 100 Oregon high school basketball teams. Here’s our look at the West Linn Lions boys of the Class 6A Three Rivers League.

Simply put, Shelstad is the complete package at point guard. The sophomore holds scholarship offers from Arizona State and Washington State among others and has become stronger and more explosive in the past year. As a freshman, he averaged around 15 points, five assists and a state-leading four steals per game. “He has a gear that I’ve never had the pleasure of coaching,” Viuhkola said.

VanBeenan dealt with injuries as a sophomore but has the potential to be a Division I player, Viuhkola said. The 6-foot-9 big man can stretch the floor on offense and is a tremendous shot blocker. “He is really long and moves his feet really well on defense,” Viuhkola said. “Offensively, he handles the ball like a wing, has three-point range and is crafty in the paint.”

A 40 percent shooter from three-point range as a sophomore, Zeke Viuhkola is slated to have a bigger role on this season’s team. He added about 15 pounds during the offseason and is much more explosive. “He has also really improved his shooting,” Coach Viuhkola said of his son.

After three years away, Viuhkola returned to West Linn last season and guided the Lions back to the 6A state tournament. Viuhkola’s first stint at West Linn ended with four consecutive state titles, but the COVID-19 pandemic wiped out the 2020 tournament before it began.

A state championship won’t be an option this season, but Viuhkola believes this group has the ability to be special.

“I thought in a normal year we would take our lumps early and could be really good in February and March,” he said.

It all starts with Shelstad, a second-team all-TRL selection last season who is one of the most coveted recruits in the state. The comparisons with Boston Celtics point guard and former West Linn and Oregon Ducks star Payton Pritchard began before Shelstad’s freshman season, but the talented guard hasn’t been bothered by the lofty expectations.

Shelstad and Zeke Viuhkola worked with former NBA player Steve Blake during the offseason to improve their guard skills.

“Jackson is cat-quick, has unlimited range and is an elite ball handler,” Coach Viuhkola said. “He is extremely skilled while being an elite athlete.”

The Lions are light on varsity experience behind Shelstad, but there is plenty of talent in the junior class with the 6-foot-9 VanBeenan leading the way.

The 2021 spring season should set up West Linn for another deep postseason run in 2022.

“My goals for this season are different than previous years,” Eric Viuhkola said. “We want to reward our seniors who have committed to our program since they were in our youth program and we want to improve and get better.”

“I like the potential of our team, but we are very inexperienced with guys who have played at the varsity level.” — Eric Viuhkola